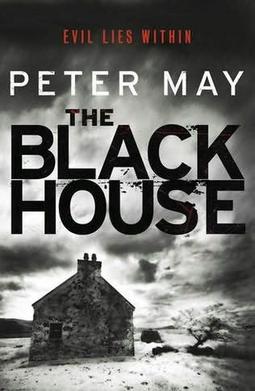 A shocking murder occurs on the Isle of Lewis, an island within the Outer Hebrides archipelago off the coast of Scotland. It appears to be comparable to a previous murder in Scotland. Former resident of the island, Detective Inspector Fin Macleod is sent to the Outer Hebrides to investigate.  He hasn’t been back to his childhood home in 18 years.  It’s somewhat of a relief to him to get away since he and his wife are estranged and still grieving the death of their son in Edinburgh. However the bleak island’s atmosphere begins to affect him, and he recalls why he originally left the island. As he investigates & reconnects with old friends, he realizes he must confront his past and the dark secrets he’s kept. Besides being suspenseful, the traditions & descriptions of the island in this atmospheric and mesmerizing novel provide an engrossing read. For example, the guga hunt is an historical event dating to the fifteenth century. All the island men are expected to participate in this rite of passage. Guga (gannet chicks) a type of seabird,  are found on remote outcroppings of stone at sea & can only be reached by boat. 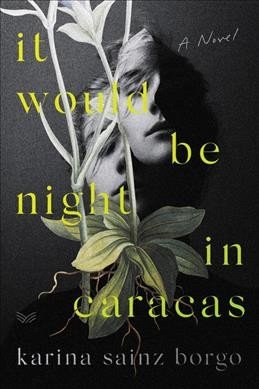 It Would be Night in Caracas

Although It Would Be Night in Caracas is a novel based on the author’s real life experiences living in Venezuela, readers may initially think it’s a science fiction tale about a dystopian world far in the future.  It’s actually about what’s been happening in Venezuela. Sainz-Borgo’s stellar debut novel relates how Adelaida Falcon tries to survive daily mayhem and  food & water shortages. After her apartment is seized by a female armed gang and she is beaten for asking them to leave, she realizes she must do something to escape. Her desperate attempts just trying to survive in this lawless, deteriorating country are harrowing. The violent gangs, (colectivos) , control black market merchandise and food. This is the reality of war and revolution. Adelaida eventually discovers a way to escape. Read this intense, eye opening and superbly written novel. It’s riveting and I couldn’t put it down.  Isn’t one of the reasons we read  to learn & be aware of what’s happening in our world?

Sainz-Borgo , a journalist, lived in Venezuela until 2006 when she moved to Spain. The last time she visited Caracas was in 2013.

“A socioeconomic and political crisis that began in Venezuela during the presidency of  Hugo Chavez has continued into the presidency of  Nicholas Maduro.  It is marked by hyperinflation, escalating starvation, disease, crime and mortality rates, resulting in massive emigration from the country.[6] ”  For the fifth consecutive year, Bloomberg rated Venezuela last on its “misery index” in 2019.[230] 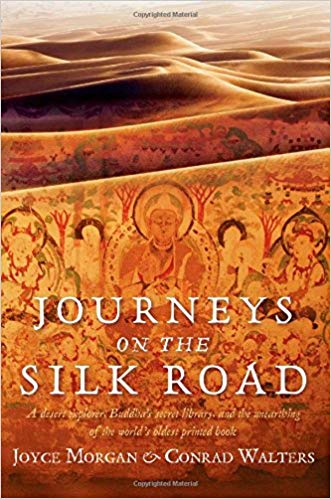 Journeys on the Silk Road : A Desert Explorer, Buddah’s Secret Library , and the Unearthing of the World’s Oldest Printed Book

An intriguing read, Journeys on the Silk Road is primarily about the Hungarian born explorer & archaeologist Sir Aurel Stein’s epic journeys on the Silk Road and how he re-discovered the world’s oldest known printed book, the Diamond Sutra, a Buddhist text, in China in 1911.  The Diamond Sutra,  a woodblock printed on  a paper scroll, dates from 868 AD, predating the Gutenberg Bible  (1455 AD) by 586 years.  The British government hired Stein to collect antiquities for the British Museum in London. At that time, it was common for western European countries to acquire antiquities from other countries for their own museums. There was intense competition and Stein was anxious to be first to acquire sought after  archaeological treasures.

The book relates incredible sights & experiences Stein encountered throughout China and Central Asia. The Mogao Caves, also known as the Caves of the Thousand Buddhas, where the Diamond Sutra was found, contained fabulous Buddhist art such as wall & ceiling murals, sculptures, textiles, paintings on silk , embroideries , all spanning a period of 1,000 years.

Wang Yuanlu, a Daoist monk, re-discovered the caves which were abandoned, in the 1890s and fearing they might be looted, damaged, or destroyed , appointed himself their guardian . He planned to restore them. In 1900, he discovered a small chamber in one of the caves,  the Library Cave,  filled with thousands of ancient scrolls, including Buddhist sutras and texts on astronomy, medicine, prayers and art. Stein learned of the hidden chamber and convinced Wang to sell him many of these artifacts in exchange for a donation to help restore the caves.

Stein always took his beloved fox terrier, Dash, along on his travels. “Dash, almost invisible against the snow except for his one black ear, crossed the mountains with only a single complaint : a rare, subdued whine uttered as he traversed the 16,152- foot Wakhjir Pass that separated Afghanistan from Turkestan. Stein felt his two -year -old fox terrier had more than earned the noble title bestowed on him as a high spirited puppy. His full name was Kardesh Beg, Sir Snow Friend. As Stein descended the mountains into Turkestan he did so riding a yak with brave Dash mounted in front of him.” Stein wanted to be an adventurer since he was a young boy. His idol was Alexander the Great. In preparation for his future, he became proficient in numerous languages including Greek, Latin, Sanskrit, Persian,  German, English, and French.

The legendary Silk Road , which existed from 130 BC to 1453 AD , was a network of trade routes linking China with East Asia, Southeast Asia, South Asia, Southern Europe, East Africa, and Persia.