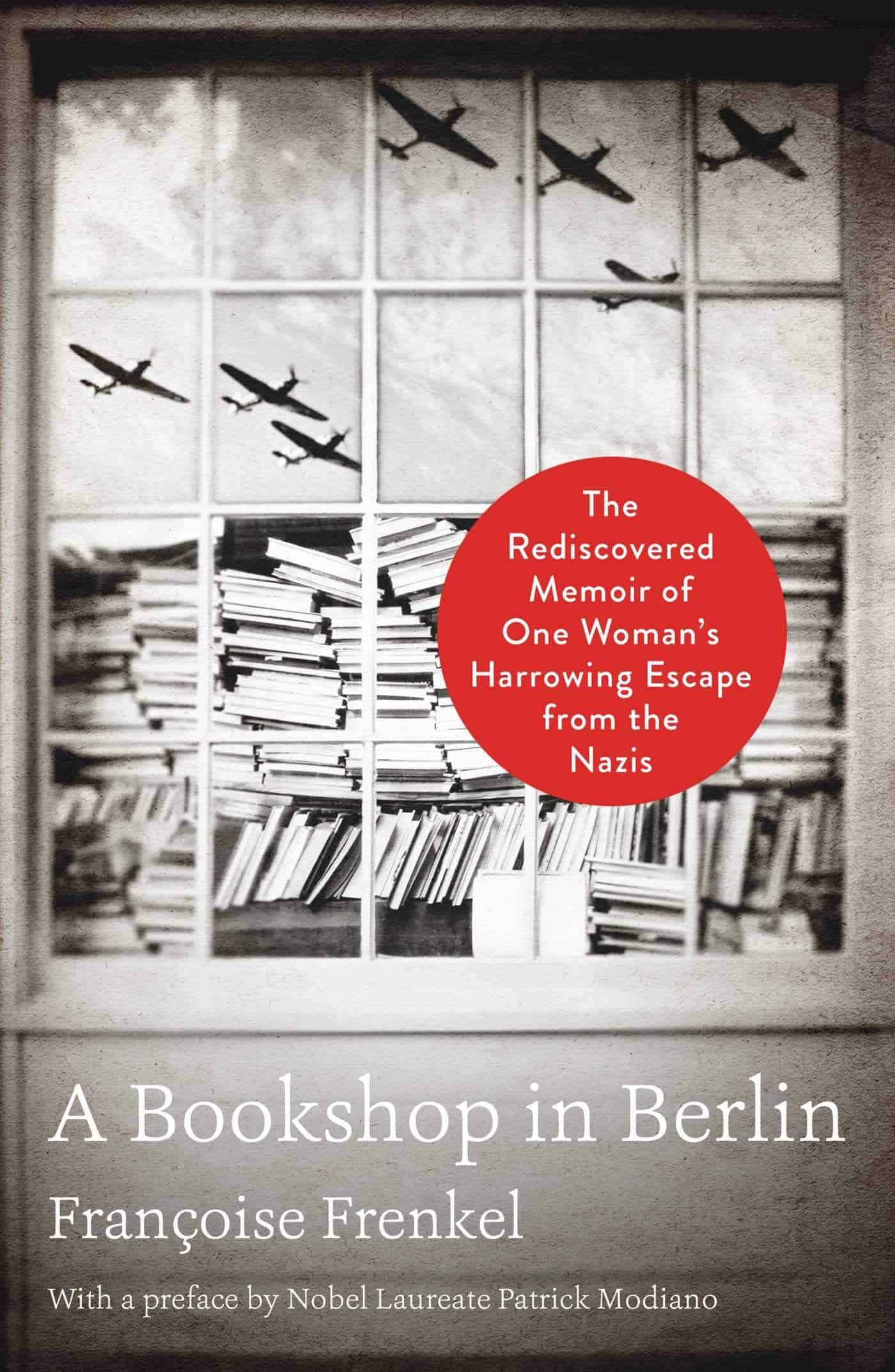 A Bookshop in Berlin: The Rediscovered Memoir of One Woman's Harrowing Escape from the Nazis

“It is the duty of those who have survived to bear witness to ensure the dead are not forgotten, nor humble acts of self-sacrifice left unacknowledged.”  Francoise Frenkel

A stunning memoir by Françoise Frenkel, a Polish Jewish woman, recounts how she established a French bookstore in Berlin, La Maison du Livre in 1921 and sadly abandoned it and escaped to France in 1938 after the Nazis began their reign of terror. She recounts the challenges she faced to survive, and how she was saved by brave French people, many of them strangers, who hid her in “safe houses, ” among other feats. A copy of No Place to Lay One’s Head or Rien où poser sa tête was discovered at a charity sale in Nice, France in 2010. Originally published in Switzerland 1945, it was long forgotten and out of print. Somehow, it wound up in the hands of Nobel prize winner, Patrick Modiano, who wrote an informative preface about Frenkel.  The book was later re-published and renamed.  It’s a bit slow in the beginning, probably as a result of the translation. Original versions are no doubt much better than their translations. Alas, we are not all able to read books in their original language. 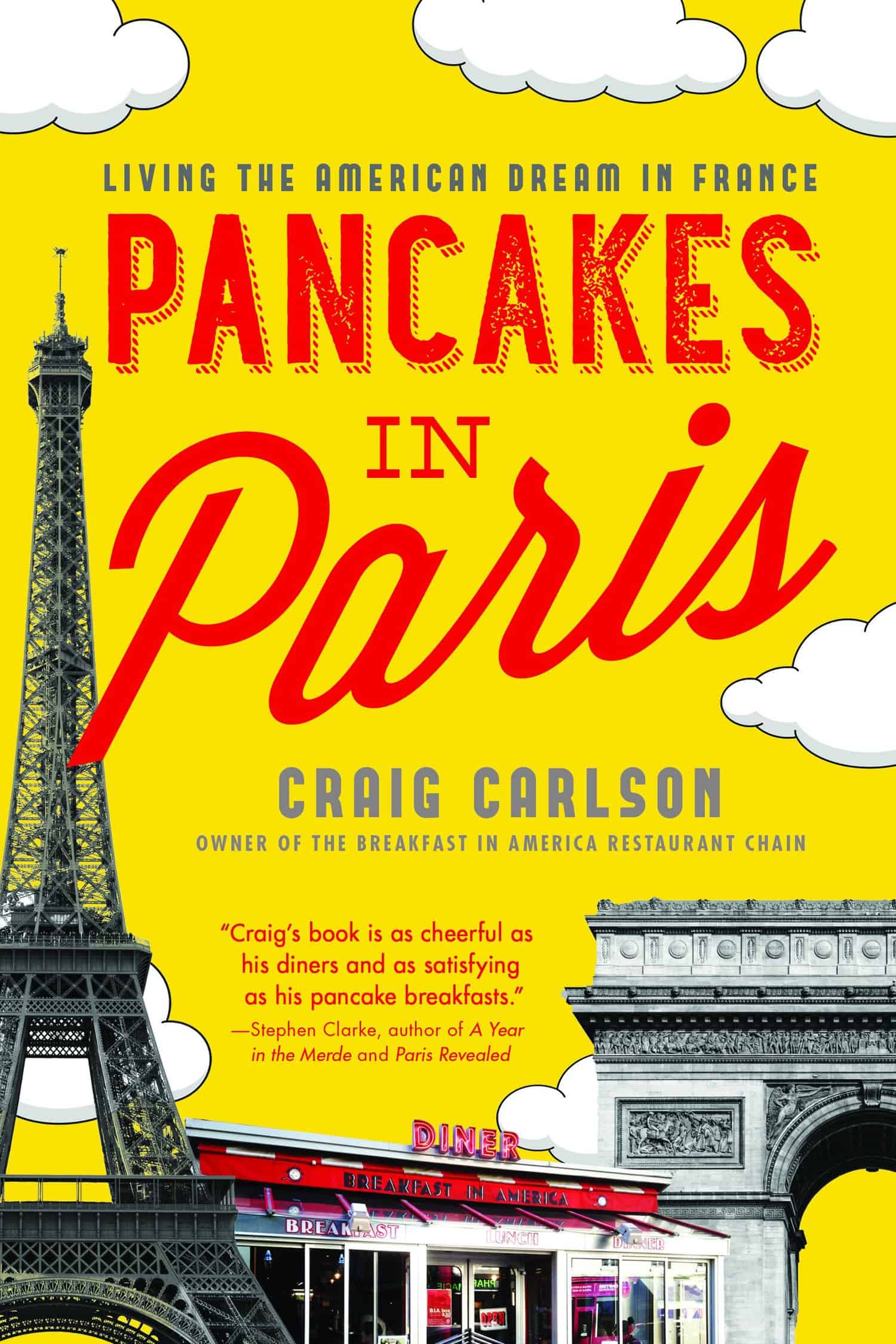 If you’re ready to relax with a light, heartfelt read, this is for you. Craig Carlson chronicles how he attained his dream to open an American style diner in Paris featuring pancakes for breakfast ! After learning French in high school and escaping his dysfunctional family to attend a college abroad program in France, he realized he loved French life, and wanted to open a diner in Paris that served an American breakfast because while visiting there, he couldn’t locate anyplace serving an American style breakfast.

Despite having no restaurant or business experience, he describes the difficulties he encountered  and how he achieved his goal. A humble and charming person, he  relates his struggles to obtain investors, the issues involved with French labor laws, all while working 24/7, etc. For instance under French law, employees cannot be fired, despite never showing up for work. Craig points out if a business such as a shoe store closes, and a restaurant moves in, for example, the employer must hire the former employees regardless of whether or not they have restaurant experience. The government inspectors can –and do– fine business owners over arbitrary infractions. Interestingly, there is no French word for entrepreneur. A caring employer , whenever he stumbles upon a frustrating problem, his friends remind him he is “living the dream.” He’s actually  the consummate problem solver. Happily, Craig ultimately finds love and companionship in the “City of Lights.” You’ll be captivated by his witty anecdotes and inspired by his resourcefulness and perseverance. 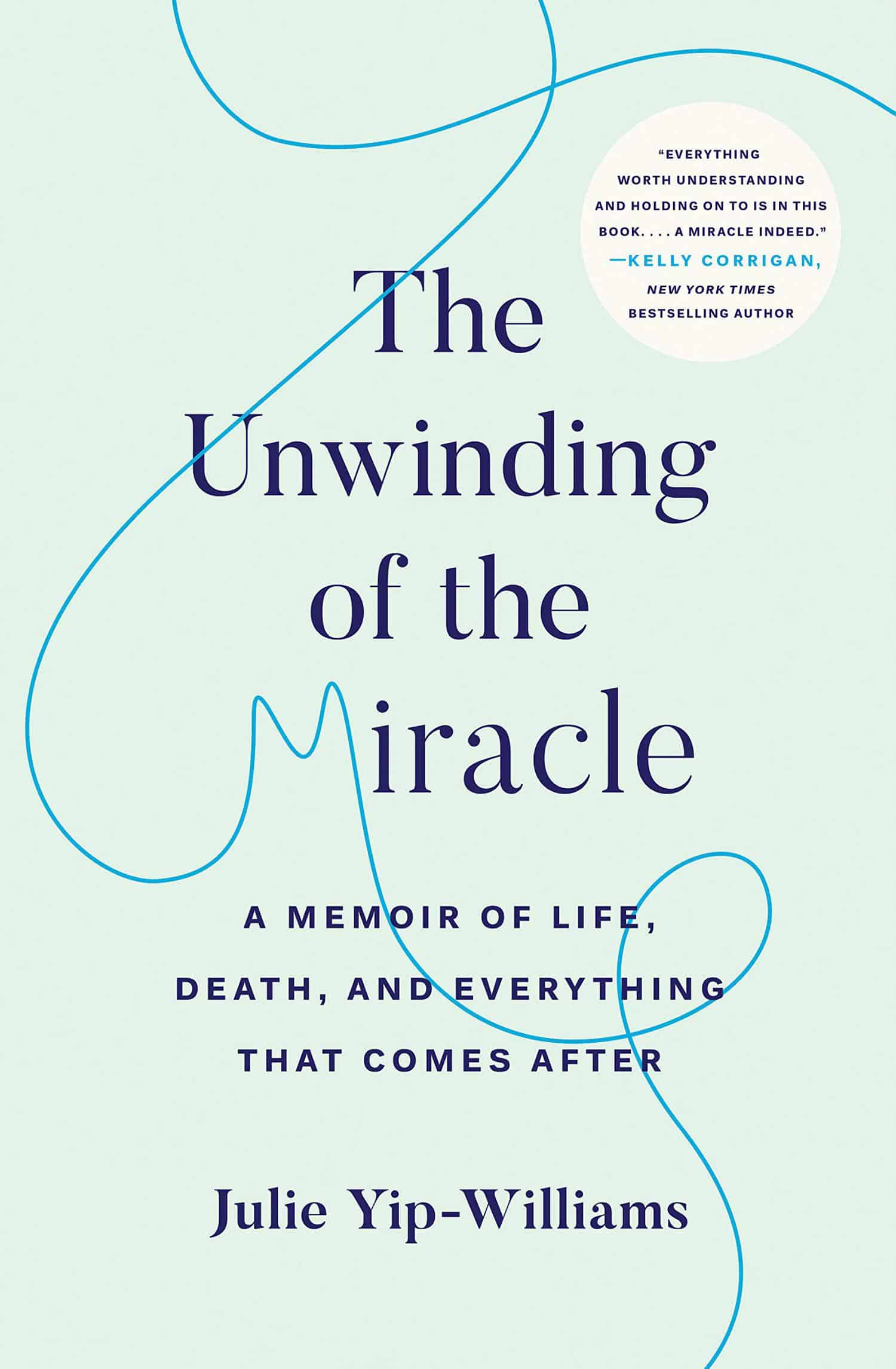 The Unwinding of the Miracle: A memoir of life, death, and everything that comes after

An extraordinarily, courageous young woman, wife, mother , attorney, and daughter, Julie died  in 2018. Born in South Vietnam to an ethnic Chinese family, Julie was born blind with congenital cataracts.  Her impoverished family desperately wanted to escape the new Communist Vietnam and its grinding poverty. Eventually “the government ‘invited ‘ all ethnic Chinese to leave–a mild form of ethnic cleansing–subject to adequate payments of gold and the transfer of all property to the state.” The family left for Hong Kong in 1979, surviving eleven days on the open sea in a  54 ft. by 12 ft. overcrowd fishing boat holding 300 people. The Catholic Church sponsored the family’s  relocation to California  where Julie grew up in a Los Angeles suburb.  Brutally honest, she relates how she felt worthless growing up with her disability and how it affected her.

Astonishingly, Julie obtained a full scholarship at Williams College, which at the time was “ranked number one in the annual U.S.News & World Report ratings.” While at college during semester breaks, she traveled solo around the world backpacking through Europe, hiking at Machu Picchu, and in the Himalayas. Through these staggering accomplishments Julie learned to accept herself, her achievements, strengths, resourcefulness, and to appreciate her disability. She obtained her law degree from Harvard Law School, joined a  notable law firm in NYC,  and married the man of her dreams–a brilliant, handsome  man and they had two daughters.

Exemplifying the American Dream, what could be more perfect? Sadly, she achieved so much through her own resolve, only to be diagnosed with stage IV terminal colon cancer at thirty-seven yrs. old.  Included in  her book,  are two heart-breakingly poignant letters, one she wrote to her husband, Josh, and one to her two young daughters.  In them, she tries to tell her daughters about life and the challenges they may experience: “Walk through the fire and you will emerge on the other end, whole and stronger.” She anticipates questions they may have when she’s no longer there to answer them. Josh completed the book with a moving epilogue. Reminiscent of  When Breath Becomes Air by Paul Kalanithi, it’s an enriching read, but have your Kleenex tissues handy.