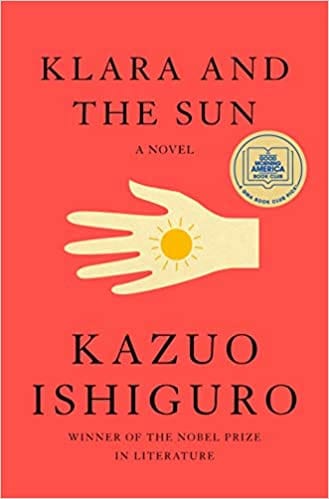 Klara and the Sun

Nobel Laureate Sir Kazuo Ishiguro’s moving new novel of speculative fiction explores what it means to be human. Beautifully written in his usual oblique and subtle manner, he examines relationships, how life can be purchased, and ethical issues about genetic manipulations that provide educational advantages that can result in an elitist societal caste system. The philosophical subtext explores existential questions about humanity.

This exquisite novel is narrated by Klara, an optimistic, solar-powered Artificial Friend (AF). Josie’s mother purchases Klara as a companion to Josie who is housebound, lonely, and disabled as a result of being “lifted.” Parents have their children “lifted” to “improve” them via gene editing. An ambiguous and poignant story, Klara demonstrates great sensitivity and enormous devotion to Josie. It’s an affecting and perceptive book, as most of Ishiguro’s are. 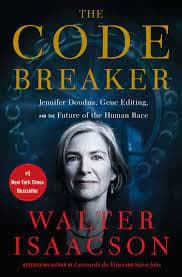 The Code Breaker: Jennifer Doudna, Gene Editing, and the Future of the Human Race

Another immersing biography by noted author Walter Isaacson introduces readers to Jennifer Doudna, the Nobel Prize-winning chemist and co-developer of CRISPR. CRISPR is an astounding, revolutionary achievement in gene editing technology. Doudna shared the Nobel Prize with another woman, her French colleague, Emmanuelle Charpentier. The book chronicles how this was accomplished and the competition among numerous scientists to be the first to claim credit for its discovery. A fascinating account, but I found it a bit disappointing because so little was discussed regarding the potential for abuse and the ethical consequences. 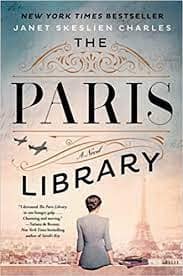 This stellar novel is based on actual events that occurred in Paris during World War II. The courageous librarians of the American Library participated in the French Resistance and saved priceless rare books and documents. The book opens with Odile Souchet, a young woman who is hired as a librarian at the American Library in 1939, just as World War II and the German Occupation in France occur. As the story unfolds, Odile meets the man of her dreams and becomes involved with the French Resistance.

In an alternating time period during the 1980s, a lonely teenager, Lily, lives in a small town in Montana. Odile is Lily’s neighbor. They become close friends and Lily discovers a dark secret regarding Odile’s past. A captivating book, it explores the value of both libraries and friendship, and includes mystery, romance, and important World War II history.

In the “Author’s Notes” section of the novel, there is an update about what happened to the librarians after the war. The author’s website includes additional information regarding the librarians, such as detailed documents and photos. Charles conducted several years of research on her book and previously worked at the American Library. She lives part-time in Paris and part-time in Montana. I’m looking forward to her next novel and hope it will be as rewarding a read as The Paris Library.