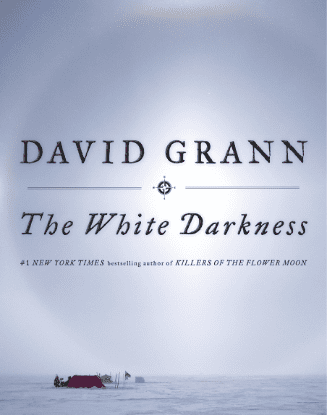 This is a riveting true account of Henry Worsley’s monumental pilgrimage to Antarctica, following in the footsteps of the journey taken by his hero, the legendary Ernest Shackleton. Shackleton is regarded as one of history’s greatest leaders. He was a 19th century polar explorer, who tried to become the first person to reach the South Pole, and later attempted to cross Antarctica on foot. He didn’t complete his doomed treks, primarily because “he repeatedly rescued his men from certain death.”

In addition to being a British officer who served in a famous commando unit of the Special Air Service, Worsley was a photographer, boxer, sculptor, and a collector of rare books and maps.  His dream was to follow in Shackleton’s path of crossing Antarctica. In 2008, he traveled to Antarctica, braving its brutal weather and formidable landscape: “…on average, the coldest, driest, and windiest continent, and has the highest average elevation of all the continents” (7,500 ft.) It contains 90% of the ice on earth and the ice sheet that covers 98% of Antarctica is 15,000 feet thick. Interestingly, “it is classified as a desert, because there is so little precipitation” and “the average surface temperature is minus sixty seven.”

Worsley returned home, but left again in 2015. This time however, he went alone—something Shackleton never did, but planned to. The trip was over 1,000 miles across the Antarctic continent, from coast to coast.

Grann conducted numerous interviews and researched Worsley’s diaries and the transcripts of his nightly broadcasts. Just as his books “Killers of the Flower Moon” and “The Lost City of Oz” have mesmerized readers, Grann’s powerful narrative is sure to keep readers captivated with the courage and fortitude of both Shackleton and Worsley. Gorgeous photographs of this extraordinary continent enhance your reading experience. 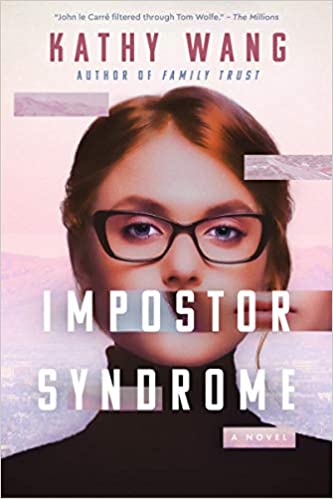 According to Psychology Today, “people who struggle with impostor syndrome believe that they are undeserving of their achievements and the high esteem in which they are, in fact, generally held. They feel that they aren’t as competent or intelligent as others might think—and that soon enough, people will discover the truth about them. Those with impostor syndrome are often well accomplished; they may hold high office or have numerous academic degrees.”

In this page-turning and entertaining satirical novel, the plot follows Julia, a successful and competitive CEO of a Silicon Valley tech firm, Tangerine (think Google), who just happens to be a Russian spy, and Alice Lu, a hard-working, junior engineer employed by the firm. Few women are employed at Tangerine, and both Julia and Alice are driven by their determination to succeed, especially as women in a man’s world. Tension mounts after Alice discovers a significant anomaly in Tangerine’s computer system, and is faced with a myriad of difficult decisions. There’s plenty of intrigue, and twists and turns to keep you guessing and engaged. 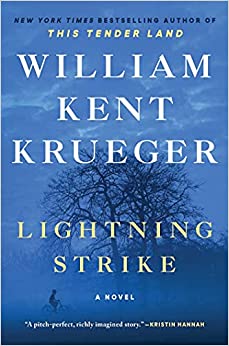 Krueger’s 18th book in the Cork O’Connor series can be read as a stand-alone novel. Corcoran “Cork” is the sheriff of a small town in Minnesota whose heritage and ethnicity is both Anishinaabe Indian and Irish.

In this prequel to the series, the storyline occurs in 1963, when Cork’s father, Liam, is the county sheriff. Cork is a mere 12-year-old boy, but becomes a man through the events he encounters.

This gripping mystery involves the death and possible suicide of Cork’s close friend, Big John, an Ojibwe Indian man. It occurs near the Iron Lake Anishinaabe reservation during a time period when the Ojibwe are incensed about the Indian Relocation Act of 1956, which closed reservations and promised to aid residents with education and related relocation benefits that never materialized. President Harry Truman attempted to solve what lawmakers in Washington, D.C., called “the Indian problem.” (UNM Hillerman’s webpage delves in detail about that era.)

Contemplative and superbly written, “Lightning Strike” explores the effects of the Indian Relocation Act, conjures up a picture of a rural, carefree bygone time for Cork, and examines the complex relationship between young Cork and his dad. Krueger’s previous stand-alone books include the Edgar Award-winning “Ordinary Grace” and “This Tender Land,” both “must reads.”