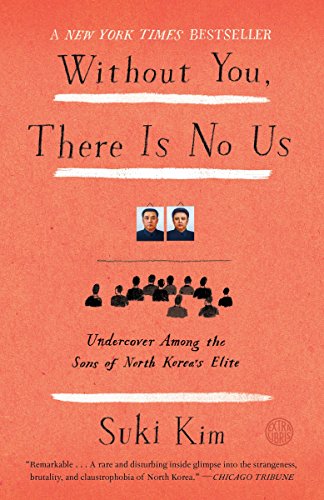 Without There is No Us: Undercover Among the Sons of North Korea's Elite

Journalist and author Suki Kim was born in South Korea and immigrated to the United States at age 13. Years later, in 2011, she decided to go to North Korea and see for herself what it was like. Specifically, her plan was to learn about the Pyongyang University of Science and Technology (PUST), a privately funded college whose mission is to groom young men to become future North Korean leaders, proficient in English. She would work undercover as an English teacher for six months and then write about her experiences.

Curiously, in this country of state atheists where its dictator Kim-Jong-un is considered and worshipped as a god, the teachers at PUST are all volunteers from other countries and are primarily from Christian backgrounds. However, any mention of Christianity, as well as any criticism of the regime, are forbidden, as is any mention of the outside world, politics, or any comparisons to North Korea. The Christian missionaries she met secretly hoped to convert pupils. According to the author, senior North Korean officers known as “minders” were always present to ensure obedience from the faculty and the students, causing her to eventually become depressed and paranoid about the extent of the surveillance and censorship. Adding to this anxiety, she also admits that she felt guilty about deceiving her colleagues about her own differing religious beliefs and her plan to write a book about the school, and hoped her deception would not adversely affect the school or its evangelical Christian backing.

Kim’s book is a fascinating look at the secretive, prestigious North Korean school where all the pupils are sons of elite, powerful members of the government. Despite their elite class, however, it was shocking to learn how little the students understand or know about the world. Very fond of her pupils, she discovered to her dismay that they displayed no critical thinking skills. They were curious about the outside world, but were afraid to ask about it, and always appeared fearful. They thought and expressed themselves as a group, always using “we” and “our,” instead of “I” and “my.” In addition, each pupil was always accompanied by a “buddy,” apparently to monitor behavior. Because of the extreme censorship and indoctrination, the young men had little comprehension about other cultures, science, technology, etc. They thought, for example, that the Korean language was the primary, preferred language spoken in the United States and in England. Also, they were unaware they were accessing only a North Korean intranet (a local and restricted computer network), and not the globally-connected internet. 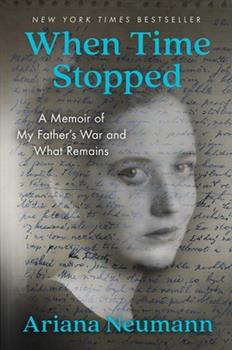 When Time Stopped: A Memoir of My Father's War and What Remains

Ariana Neumann’s father was a devoted family man and successful Venezuelan businessman. After she discovered a box of documents following his death in 2001, she vowed to ascertain the facts surrounding his mysterious early years. He’d always refused to discuss his previous life in Europe, so much so that it was absolutely verboten to bring up amongst the entire family. Through painstaking research, she pieced together his life and learned of his terrifying experiences during World War II as a young Jewish man in Czechoslovakia. She was able to locate relatives living around the world and she finally understood, as will readers, why he chose to keep his earlier life secret. It’s a phenomenal account and I was captivated by it.

A supremely accomplished woman, Neumann was born and grew up in Venezuela. She has a BA in history and French literature from Tufts University, an MA in Spanish and Latin American literature from New York University and a postgraduate diploma in psychology of religion from University of London. She also previously worked as a foreign correspondent. 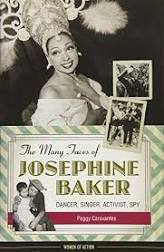 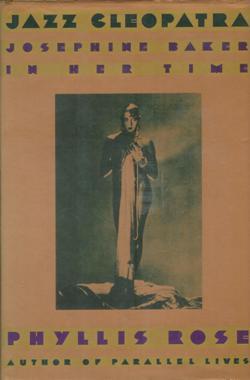 The Many Faces of Josephine Baker: Dancer, Singer, Activist, Spy

There are many biographies about this remarkable woman and I couldn’t decide which to review after reading several. I finally narrowed my selection to two separate books: The Many Faces of Josephine Baker and Jazz Cleopatra. The former is actually a young adult (YA) book and is straightforward and informative. The latter, Jazz Cleopatra, is well-researched and you can feel the admiration and heart the author feels towards Baker. Rose’s book reveals a penetrating perception of Baker and explains the historical context of that era. I enjoyed both tremendously and learned about Baker’s singular life from both books.

Born into an impoverished family in 1906, Baker loved to dance and perform. As a child, she created performances among her friends and eventually obtained a job as a dresser at a vaudeville theater. By age 14, with her ambition, talent, hard work, and vivacious personality, she managed to land a role in another vaudeville theater company. She was attractive, a natural comic, and an innovative dancer. Not knowing the language, she bravely joined a dance troupe and traveled to Paris in 1925. Once there, she was a huge success. Being a Black woman, she’d experienced racial discrimination in the U.S. and refused to entertain segregated audiences. In Paris, she was accepted without reservation. Baker became one of the legendary entertainers to headline the world-renowned Folies Bergère. Her “banana dance” costume, consisting of only a short skirt of artificial bananas and a beaded necklace, is an iconic image.

A super star, Josephine Baker was not just a “fluff” entertainer. Generous and sensitive, she used her money and time to champion important causes, such as racism and civil rights in the U.S., and planned to provide a home for homeless children of different races. She eventually adopted twelve children of various racial backgrounds, whom she called her Rainbow Tribe. Baker wanted to show people that people of different races could live together in what she called her Village du Monde. She purchased the magnificent Château des Milandes in the bucolic Dordogne region of Southwest France. Built in 1489, she restored it and lived there with her children for over thirty years, while helping the local economy by employing 120 people. At present, the chateau is open to the public and is a museum honoring her extraordinary life.

During World War II, she performed espionage work for the French Resistance, for which she was awarded both the Croix de Guerre and the Chevalier de la Légion d’Honneur. Rising from a humble and harsh childhood to international fame, “Her life was a jazz improvisation, turning itself inside out every few years.”