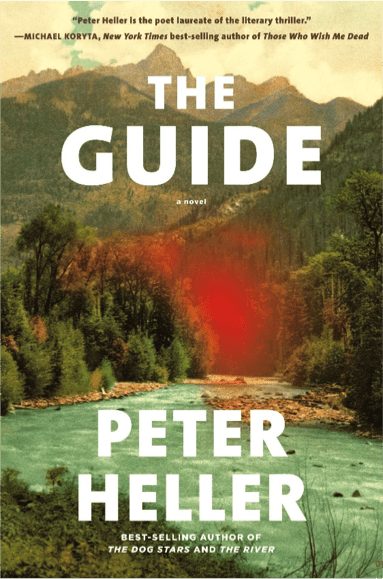 The sublime depiction of Colorado’s majestic natural beauty and wilderness, a luxury fishing lodge known as Kingfisher Lodge, a gorgeous famous singer, inexplicable curious occurrences, and Jack, a new, but experienced fishing guide, all combine to create a singular and suspenseful mystery. Jack, the protagonist, is recovering from the loss of a close friend. Being a skilled outdoors man, he hopes to immerse himself in nature and heal by taking on a new job in the Rocky Mountains. Little does he know what lies ahead.

Heller’s previous superbly written novel The River is a prequel to The Guide, and discusses what happened to Jack’s friend. It’s unnecessary to read The River first, since The Guide can be read as a stand-alone novel, although it would provide a deeper understanding of the origin of Jack’s trauma.

Well-regarded as an adventure and travel writer, Heller has written articles for the National Geographic Magazine, as well as several profound novels and non-fiction books such as Kook, his memoir of learning to surf in middle age, which won the National Outdoor Book Award for Outdoor Literature. I reviewed his intriguing book, The Painter in a previous newsletter. 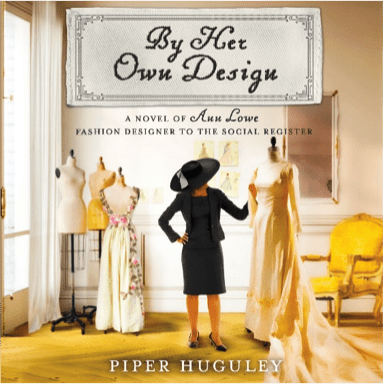 By Her Own Design: A Novel of Ann Lowe, Fashion Designer to the Social Register

This incredible, inspiring story, based on Ann’s life, goes back in time to her childhood in Alabama, and describes her rise from being a poverty-stricken young Black girl to being the creator of Jacqueline Kennedy’s iconic wedding gown, a celebrated fashion designer, and a successful businesswoman.  Against all odds—from encountering discrimination throughout her life, and domestic violence in her marriage—through her perseverance and talent, she becomes a sought-after legendary dress designer to the wealthy, influential women of high society.

Ann’s mother and grandmother, who was enslaved, were acclaimed seamstresses and were considered the most talented seamstresses in Alabama. Already demonstrating an innate artistic ability as a child, Ann learned the art of sewing from them. Born in 1898, Ann suffered challenges that many young women would not be able to endure. I absolutely loved this immersing book about Ann’s life and I admire her immensely. She truly was a unique and remarkable woman. I only wish she’d received the recognition she was due, sooner. 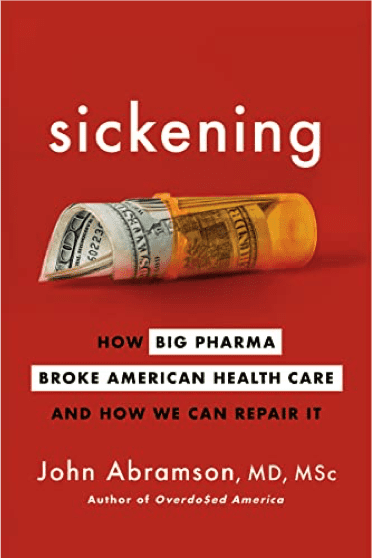 Sickening: How Big Pharma Broke American Health Care and How We Can Repair It

“When a drug company sponsors a clinical trial, and they do the analysis and they write up a manuscript and they write up what happened and they send it to a medical journal and it gets peer-reviewed, and doctors are trained that they should trust peer-reviewed articles and that’s how the system works. The peer-reviewers and the editors of the medical journals don’t get to see the data. They have to take the word of the drug companies that they’ve presented the data accurately and reasonably completely. And you only get to see it in litigation, five years later.” – John Abramson M.D.

In his meticulously researched and enlightening book, distinguished physician, Abramson states during the past four decades, pharmaceutical corporations have manipulated and hidden sources of information doctors once trusted and depended upon to make medical decisions, such as medical journals, data, educational conferences, and lectures. Beginning in the 1990s, drug companies took control of clinical trials from academic medical centers. Abramson documents the pharmaceutical industry’s unconscionable deception and manipulation of data in order to obtain FDA approval for their drugs, and to market their drugs to consumers and medical professionals, in their egregious pursuit of increasing profits.

He discovered, “serious and life-threatening discrepancies between the supposedly trustworthy scientific evidence published in the world’s most respected medical journals and the actual data that drug-makers submitted to the FDA as summarized in FDA officers’ reports, which has just started to be posted on the internet.”

“Big Pharma funds the majority of clinical trials and consequently controls the research and withholds the real data from those trials as corporate secrets. As such it also controls most of the information relied upon by health care professionals.”

Peer reviewers charged with ensuring the accuracy and completeness of the clinical trial reports published in medical peer reviewed journals do not have access to raw or complete data, and must rely on the drug manufacturer summaries. This also applies to the authors of the clinical practice guidelines that define our standards of care. In addition, drug company funding has made these once trusted sources dependent on them.

The following matters are just some of the subjects the author discusses:

There are so many shocking, documented revelations in this eye-opening book—from faulty medical devices (pacemakers, hip and other implants), to questionable drugs, to the powerful influence drug companies wield—your head will be reeling! Read it to be informed.

From the Harvard Education website: John Abramson MD, MS, has served as a family physician for 22 years. He was twice voted “best doctor” in his area by readers of the local newspapers and three times selected by his peers as one of a handful of best family practitioners in Massachusetts. He has been on the faculty at Harvard Medical School for 16 years, where he has taught primary care and currently teaches health care policy. He currently consults as an expert in litigation involving the pharmaceutical industry and has served as an unpaid consultant to the FBI and Department of Justice. Dr. Abramson has appeared on more than 65 national television shows, including two appearances on the Today Show, and more recently on the Dr. Oz Show. He was written op-ed pieces in the New York Times LA Times and others. He is the author of the national best-selling book, Overdo$ed America.