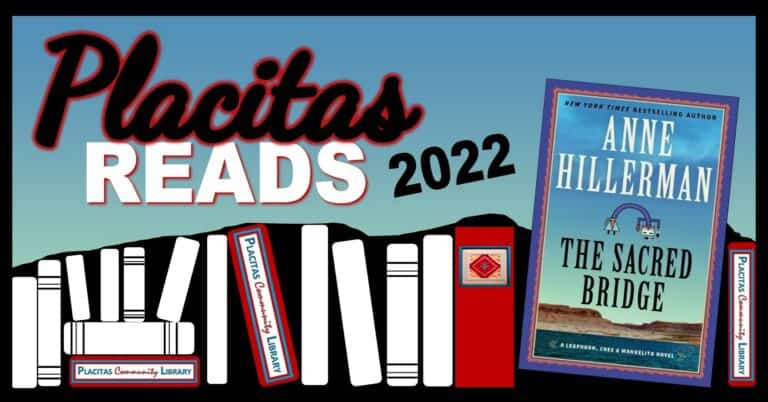 The Placitas Community Library is thrilled to announce the community read selection for 2022– Anne Hillerman’s new novel  The Sacred Bridge.  The publisher describes the book as, “An ancient mystery resurfaces with ramifications for the present day in this gripping chapter in the Leaphorn, Chee & Manuelito series from New York Times bestselling author Anne Hillerman.” 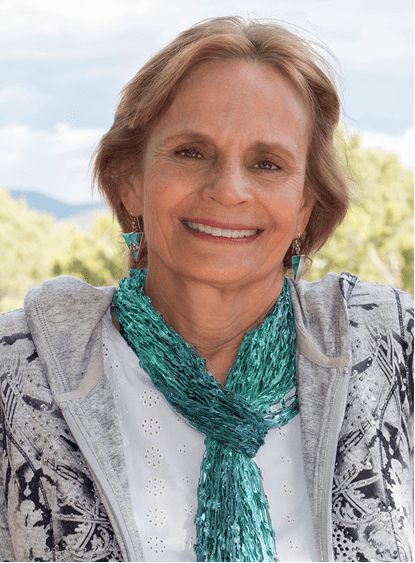 Anne Hillerman is the bestselling author of the Leaphorn, Chee & Manuelito series. The Sacred Bridge is her seventh novel in the series that was created by Tony Hillerman, her father. She lives in Santa Fe, New Mexico, where she is at work on her next novel.

What is a "community read?"

Since 1998, when the Washington Center for the Book hosted its first community read, libraries across the United States have increasingly embraced the notion of civic unity through reading together.  A community read is a shared reading experience where members of the community all read and discuss the same book.  This idea has taken root and libraries all over the world host ‘community reads’. Generally, several programs are hosted by a library on topics related to the title of the year.

Sergeant Jim Chee’s vacation to beautiful Antelope Canyon and Lake Powell has a deeper purpose. He’s on a quest to unravel a sacred mystery his mentor, the Legendary Lieutenant Joe Leaphorn, stumbled across decades earlier. Chee’s journey takes a deadly turn when, after a prayerful visit to the sacred Rainbow Bridge, he spots a body floating in the lake. The dead man, a Navajo with a passion for the canyon’s ancient rock art, lived a life filled with many secrets. Discovering why he died and who was responsible involves Chee in an investigation that puts his own life at risk.

Back in Shiprock, Officer Bernadette Manuelito is driving home when she witnesses a driver in an expensive sedan intentionally kill a hitchhiker. The search to find the killer leads her to uncover a dangerous chain of interconnected revelations involving a Navajo Nation cannabis enterprise—but the evil that is unleashed jeopardizes her mother and her sister, Darleen, and puts Bernie in the deadliest situation of her law enforcement career.“

“Tony Hillerman fans will appreciate her keeping his fictional creations, Jim Chee and Joe Leaphorn, alive and thriving. The storytelling gene has been proudly passed on from father to daughter.”

“Hillerman’s writing becomes stronger with every new installment in the series, deepening the development of each character. . . . The picturesque Southwest, as well as the history of the Navajo, come through on each page.”

“The Tale Teller is more than just a police procedural set in the Southwest; it’s a reading experience not to be missed. Anne Hillerman has reached a new level of storytelling in this one, and she deserves recognition as one of the finest mystery authors currently working in the genre.”

— New York Journal of Books on THE TALE TELLER

“Hillerman seamlessly blends tribal lore and custom into a well-directed plot, continuing in the spirit of her late father, Tony, by keeping his characters (like Chee) in the mix, but still establishing Manuelito as the main player in what has become a fine legacy series.”

— Booklist on SONG OF THE LION

“The latest from Hillerman continues worldbuilding in a tale that will reward long-term readers.”

— Kirkus Reviews on SONG OF THE LION

“Fans of Leaphorn, Chee, and Manuelito, characters created by the author’s father, Tony Hillerman, will savor this multilayered story of suspense, with its background of contemporary environmental vs. development issues.”

— Library Journal on SONG OF THE LION

How To Obtain A Copy 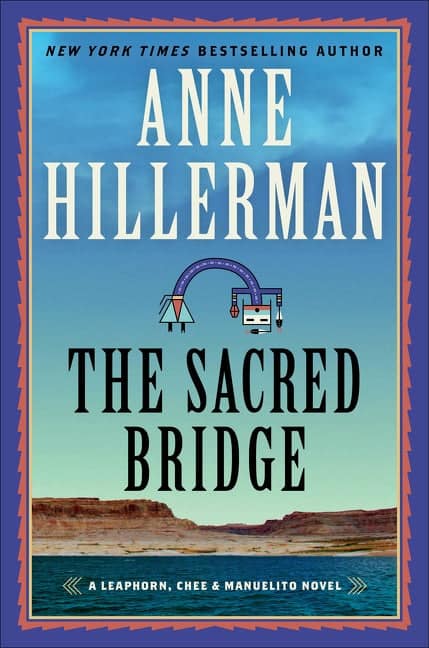 The in-person programs for Placitas Reads 2022 will occur in September and October in the beautiful new Gracie Lee Community Room. First, there will be a traditional book discussion, then a speaker on Murder and Missing Indigenous Women, and finally a visit with Anne Hillerman herself. Please watch for more information in the Signpost and on our website.