The Fountains of Silence

“Every nation has scars and hidden history. When stories of historical conflict are read and discussed, we have an opportunity to be united in study and remembrance. In that way, books join us together as a global reading community, but also a global human community striving to learn from the past.” – Ruta Sepetys

Ordinarily, I am wary of historical fiction novels since their research, if any, is sometimes limited. However, in this compelling novel, the author spent four years researching Spanish history, primarily during the dictator Generalissimo Francisco Franco era.

The Fountains of Silence explores two vastly different views of Spain in the 1930s under Franco. One is what tourists see: a country of great beauty, historic and dramatic architecture, luxurious hotels, passionate Flamenco dance and music, and traditional and diverse cuisine. The other view is where terror reigns, censorship in all forms is the norm, dissenters who don’t agree with the government are punished and/or murdered and their family’s babies are kidnapped and sold to “worthy” parents who support Franco and his political views.

In 1957, 18-year-old Daniel Matheson travels to Madrid from Texas with his wealthy parents. His mother is Spanish and wants to see the country where she was born, while his Anglo father is conducting business there. Daniel, an amateur photographer, hopes to experience and learn about the country and its culture. Daniel meets Ana, an employee at the upscale hotel where he and his family are staying. A romance ensues and Daniel learns about the hidden side of Spain, the side most tourists are unaware of. Ana illustrates the reality of living under the repressive government and the repercussions of having been born to anti-Franco parents. Her idealistic cousin, Puri, works at the local orphanage, and slowly realizes something is amiss, while Ana’s brother, Rafael, who is Daniel’s friend, dreams of becoming a bullfighter. It’s a romantic and haunting story, sure to keep you intrigued.

Some readers unfamiliar with Spain’s Spanish Civil War (1936-1939) and the dictator Franco’s 36-year tyrannical regime may appreciate some additional historical context. The despicable and shocking history is not well known since it has been concealed for decades. Sepetys discusses the devastating issue concerning Spain’s kidnapped children, known as the “lost children of the Franco-era”. The adoption and theft of newborns began in 1939 after the Spanish Civil War when the government began abducting children of parents who opposed Franco. It lasted into the 1980s. By the 1950s, the practice included illegitimate babies and babies from impoverished families. In the “Author’s Note” section of her book, Sepetys states “that over 300,000 children in Spain were stolen from their birth parents and transferred or sold to families deemed “less degenerate.” During and after the Civil War they were taken as punishment to those who opposed Franco.

According to an article from the BBC, “New mothers were often told their babies had died and the hospital had taken care of the burials. These babies were allegedly sold for adoption and involved a wide network of doctors, nurses, nuns, and priests. The government gave detailed instructions on how children born to their former adversaries living outside Spain were to be kidnapped and brought back across the border for re-education. Their names were then changed to ensure no further contact was possible.”

An article from Time magazine states: “In the years after Franco won Spain’s Civil War, he had tens of thousands of former Republicans (the leftist party in Spain at the time) and other dissidents arrested. The small children of imprisoned women dissidents were sent first to state-run centers or convents, and then reassigned to families whose values better coincided with the regime’s. ‘The state considered these children in need of re-education,’ says University of Barcelona historian Ricard Vinyes, ‘It was actually proud of these efforts and would publish the results of how many children had been ‘welcomed’ annually.’ In many cases, they were never recovered. ‘The state allowed these children to change their names, making it harder for them to be located,’ he says. ‘And they were brought up being taught that their parents were murderers, so many had no desire to find them.’” 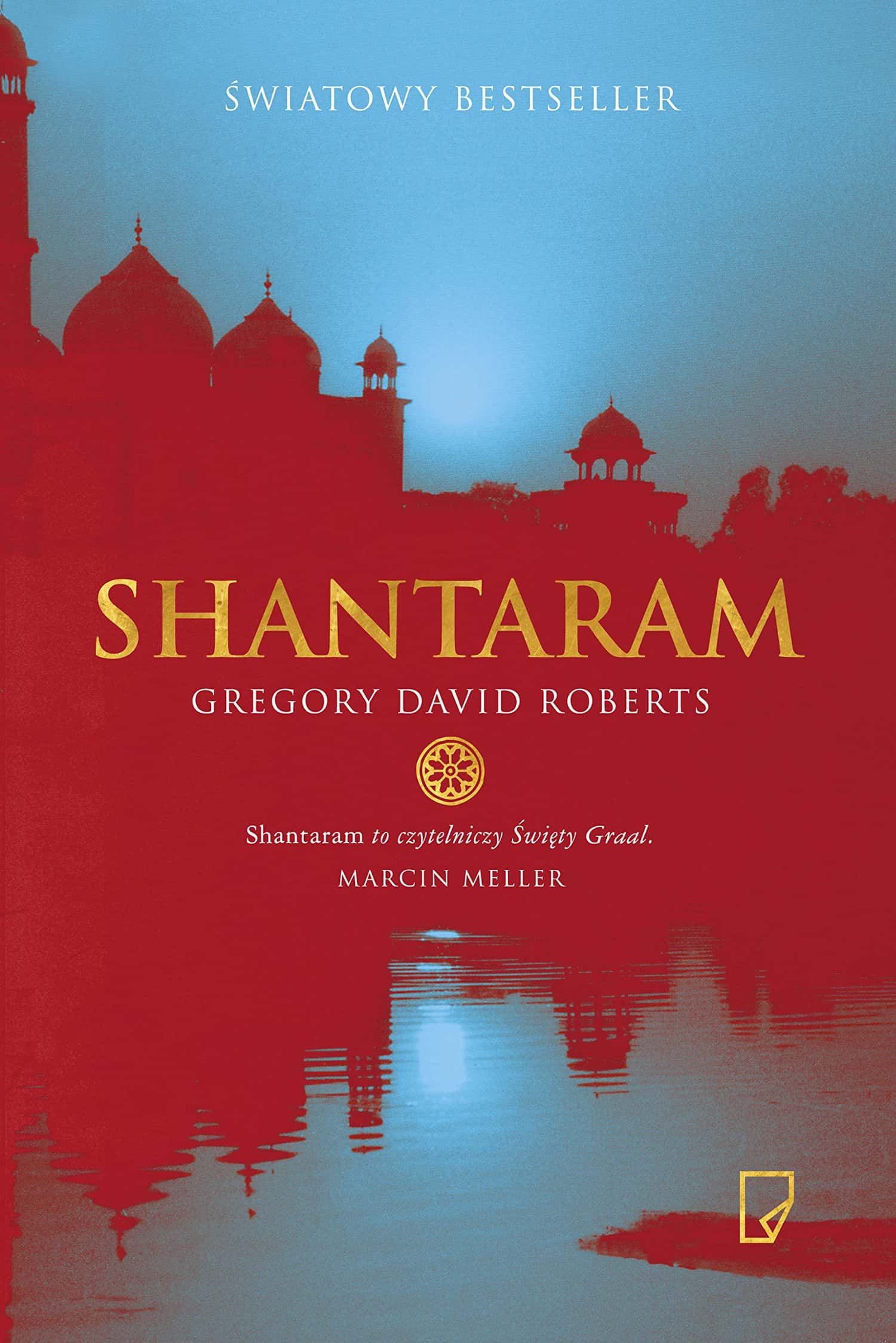 “And the choice you make between hating and forgiving, can become the story of your life.” – Gregory David Roberts

An epic, philosophical literary work of fiction, based on the Australian author’s life experience, this is an extraordinary story about Lindsay, the protagonist, who escapes to India from an Australian prison and struggles to make a life for himself in Mumbai (formerly Bombay), India. Although he originally planned to flee to Germany, his stopover in India proved to be a better fit for him. Lindsay learns to speak Hindi and Marathi, and evolves from a wanted escaped felon to a compassionate humanitarian. He becomes known as Shantaram (“man of God’s peace” in the Marathi language) and lives in the slums where he opens a medical clinic. This story has it all:  colorful characters, adventure, romance, redemption, danger. It also illustrates the stark contrast of life in India between the wealthy and the destitute. A thoughtful read, it brings up numerous questions to consider, along with vivid descriptions of India and its diverse people, as well as the protagonist’s own spiritual and emotional quest.

The resilient and eloquent Roberts wrote this novel while in prison. His first two drafts of the book were destroyed by prison guards. He’d been sentenced to nineteen years in prison in Australia in 1978 for a series of armed robberies. He escaped from a maximum security prison in 1980 and lived in India for ten years. Being a fugitive, he was later captured, extradited to Australia, and spent six more years imprisoned, of which three and a half years were in solitary confinement. A philosophy student in college, he wrote every day, and knew he wanted to be a writer. A singular and lengthy novel at over 900 pages, my description doesn’t do it justice! 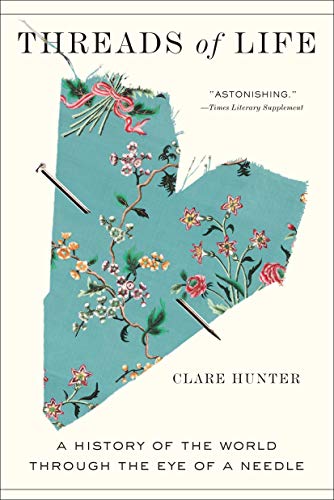 Threads of Life: A History of the World Through the Eye of a Needle

This fascinating narrative about needlework is a celebration of its influence and importance. For centuries, forms of sewing: embroidery, tapestry, quilting, banners, etc., have connected people through messages, sometimes hidden, sometimes evident, sometimes spiritual. For instance, adding beads, mirrors, and pompons, etc. to fabric, has been used to protect its wearer against evil spirits. Sewing is a convenient activity, since it can be picked up at various times throughout the day in case a child or baby needs attention, for example. It doesn’t take much room and can be transported easily. Interestingly, the art of embroidery, according to archaeologists, dates to 3000 BCE.

An intriguing account, it opens with the legendary Bayeux Tapestry created in the 1070s. Embroidered in wool thread on linen cloth, it is not woven and therefore is not technically a tapestry. It memorializes the Battle of Hastings of 1066. Designed by a man, but painstakingly stitched by hundreds of women, the almost 230 feet long tapestry pictures 632 men, 6 women, over 200 horses, 55 dogs, and more than 500 other wildlife. Originally thrilled to see the famed tapestry in person at the Musée de la Tapisserie de Bayeux, author Clare Hunter became furious after listening to the audio prepared by their curators. There was nary a mention of the anonymous seamstresses who created it nor the intense labor involved, “month after month, year after year… Some had to sew upside down… embroidering by candlelight and laboring in poor light from small windows on winter days.” The exact date or time it took to create this treasure is unknown.

Each chapter of her book presents different types of sewing along with its tradition. Slaves and indigenous people whose land and cultures were appropriated from them through colonization, communicated and expressed themselves on fabric via innumerable designs, symbols, and colors. Marginalized, oppressed, and aggrieved women used tapestry and embroidery to give voice to themselves and communicate, usually in code, as did Mary, Queen of Scots while she was imprisoned. In the 1970s, Argentine mothers (and now grandmothers) who called themselves Las Madres de la Plaza de Mayo, marched with the names of their desaparecidos (the disappeared) children embroidered on their headscarves. Chilean mothers created colorful pictorial arpilleras (burlap) about their desaparecidos under the dictator Pinochet, which “sent word to the outside world of deprivation and the suppression of human rights.” The Hmong women create Paj Ntaub (story cloths) which originate from their rich embroidery tradition of intricate motifs and symbolism depicting their culture and history. Paj Ntaub creations include their experiences of military occupation and forced migration from Laos. Hunter also discusses suffragettes who marched with handmade banners that showcased their needlework; shell-shocked soldiers who embroidered as a form of therapy; and the monumental NAMES Project AIDS Memorial Quilt, a memorial dedicated to people who died of AIDS-related causes.

African slaves brought to what is now the U.S. were not allowed to learn to read or write, and in order to preserve their language and their African culture, quilts “became one way they could keep hold of Africa.” Many of their quilts were encoded with messages only they could decipher, and which gave voice to them. The singular, renowned quilts of Gee’s Bend are incredible quilts created by a group of women who live or lived in Gee’s Bend, a remote African American town in Alabama. The Gee’s Bend quilts are one of the most important African American visual and cultural contributions to the history of art in the U.S. “The African American quilts of today often mirror the textile traditions of an Africa from centuries ago.”

Hunter’s analysis of Judy Chicago’s feminist installation artwork masterpiece “The Dinner Party” is stunning. I was unaware of the extent of the research and detail involved in it. In 1975, Chicago began her five-year project to create an artwork portraying the accomplishments of women throughout the ages. Of the hundreds of volunteers, twenty women conducted two years of historical research determining which women from history would be chosen to be showcased. They were selected by how their “lives and work best revealed the circumstances of women’s achievements at a particular time and the nature of their struggle to progress women’s status and role in society.” “The Dinner Party” is inspired by Leonardo Da Vinci’s “Last Supper.” Each side of a table has thirteen seats, the number of seats in “Last Supper.” To make it democratic, there is no focal point. There are three sides in this triangular piece, totaling thirty-nine seats, each one dedicated to a woman in history. Each seat has a porcelain plate, ceramic flatware, an embroidered napkin, a ceramic chalice and an embroidered runner with unique designs, all inspired by the selected woman’s accomplishments. There are 999 other significant women’s names written on the base of the table. Sacajawea, Sojourner Truth, Hildegard of Bingen, and Elizabeth Blackwell are some of the historical figures. For readers who may not know, the celebrated Judy Chicago lives in Belen, NM.

There are so many unique histories and related stories included from all over the globe, from Namibia to Korea, readers are sure to be engrossed by this noteworthy book.