The Last Palace : Europe’s Turbulent Century in Five Lives and One Legendary House

“The Last Palace” is the riveting story about a magnificent, historical palace built in Prague,  in 1924 by Otto Petschek, a wealthy Jewish financier. Eisen, a former ambassador to the Czech Republic, masterfully chronicles the former residents and related history. When he moved to the palace, he discovered swastikas hidden beneath the furniture, piquing his interest in the palace. His mother was a Czechoslovakian survivor of Auschwitz but when he excitedly told her about the palace and urged her to visit him, she was adamant about never returning to Prague. An intriguing read, it’s incredibly well researched, and includes almost 200 pages of source notes available on Eisen’s website.

Adolf Pokorny, Petschek’s major domo, continued to live there after Petschek fled from the Nazis until his death. He lived through all the owners’ residences and rescued much of the priceless furnishings and other unique contents. According to Pokorny, “The Soviets did more damage to it in a few days, than had been done in six years of war.” After seeing the palace for the first time, Laurence Steinhardt, the first postwar U.S. ambassador, vowed to save it from further destruction. He negotiated the  “withdrawal of Russian and American troops and secured the sale of the house to the State Department in return for wartime loan forgiveness.”  He was determined  to save it for posterity. It has been the U.S. ambassador’s residence ever since. It once housed child actress Shirley Temple Black, who lived there during the tragic 1968 Prague Spring when the city was invaded by the Soviet Union. 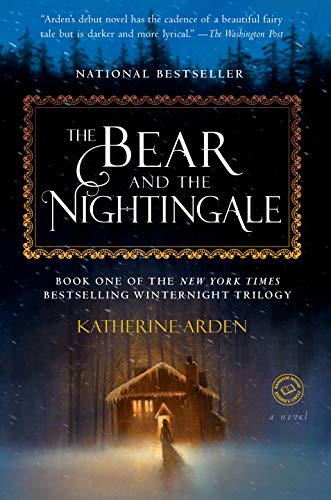 The Bear and the Nightingale

An enchanting adult fairy tale set in a Northern Russian medieval village, Arden adroitly weaves Russian mythology, culture & history into a captivating tale about Vasya the strong, determined protagonist. Vasya is born with magical powers and uses these powers to defend her family from evil forces. I was transported to the 14th century with the Machiavellian like court, the old world     villages and the snowy, wild forests. The characters immediately came to life from the first page and coupled with the mesmerizing plot, created a wonderful narrative. So immersed in reading, I completely forgot the characters were fictionalized. It’s the first of a trilogy and I guarantee you’ll want to read the rest of the Winter Night Trilogy. 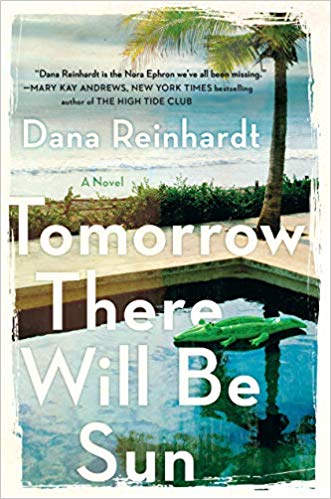 Tomorrow There Will Be Sun

The primary character of this perceptive novel, Jenna, is a forty something, slightly insecure & controlling wife and mom. Her husband, Peter, is celebrating his 50th birthday and she wants to celebrate it in style. She organizes a week long vacation in a gorgeous villa on the ocean in Puerto Vallarta, Mexico with her family and their longtime friends. Unfortunately, it turns out quite different from the fun filled, luxurious trip she’d envisioned. Glimpses of  Mexican culture and the villa’s employees’ lives are briefly discussed, lending local color and sensitivity. This is a perfect book club selection to discuss the family dynamics, and related  subplots.