My goal in writing the PCL Selections is to introduce more obscure, but worthy books to readers who may not be familiar with them. They’re not necessarily on the best seller lists or prize winners such as the stellar Pulitzer Prize winners The Nickel Boys or Tinkers (occasionally I do review best sellers or prize winners). There are so many wonderful books available, both recently published and not so recent, but often we only have time to read the critically acclaimed prize winners and/or recent highly publicized books. There’s numerous captivating older books I’d love to share, but then newer ones are published, pushing the older ones to the back of my “favorites” list.  The newer books are more accessible since they’re available at the library and/or digitized. Therefore, I don’t review older books as often. It’s always a joy to unearth new gems.

Sometimes, I discover books in random manners such as in a book’s bibliography or preface, or from  an author who mentions a particular book as part of the narrative. Numerous authors recommend books. My favorite endorsements are from Walter Isaacson, author of  Steve Jobs  and other superb books. I recently discovered President Obama’s  list of his favorite books for 2017 to 2019. Happily, he included one of my faves, A Constellation of Vital Phenomena by Anthony Marra reviewed here in November 2014. Surveillance Capitalism is one of his 2019 recommendations which I’ve reviewed this month.

Surveillance capitalism is a quest by powerful corporations to predict and control our behavior.

It depends on the constant gathering of “behavioral surplus,” or data we produce as part of our normal course of web browsing and digital usage.  Companies who possess this data can make  inferences about who we are, what we want and predict our future behavior. It’s a free source of raw material.  The billions of dollars in profits made by Facebook,  Google, Microsoft and similar powerful entities are resourced from users like us. With access to a  user’s emotions and thoughts, these companies don’t just want information about what we do. They want to influence our behavior by using our thoughts and feelings without our knowledge or consent, to generate profits for themselves.

Early on, “Google founders Larry Page & Sergey Brin discovered the value of “residual data” left behind by users during their internet searches . They could trade this data or they could sell it to third parties. By compiling this residual data, they could predict the behavior of any given internet user and guarantee advertisers a more targeted audience.”

In Gmail , every email you write is permanently stored. It becomes part of your profile and is used to build digital models of you, which can make predictions about your attitudes and future behavior. “The Google Nest security system has a hidden microphone built into it that isn’t featured in any of the schematics for the device. “ Voice data, and all the information delivered through your daily conversations is valuable to “Big Data”. According to Wikipedia : Google Nest is a brand of Google LLC used to market smart home products including smart speakers, smart displays, streaming devices, thermostats, smoke detectors, routers and security systems including smart doorbells like Ring, cameras and smart locks. Google takes no responsibility for what third parties do with your data. It’s possible to decline the data collection but for example, Google will no longer support the functionality of your home product such as your  security system,  or update your software.

From personal assistants such as Amazon’s Alexa & Echo which record both speech & sounds in your home, and interactive dolls embedded with microphones, both illegally data mining your privacy, to  Google’s Fitbit, and China’s social credit system, all are detailed in this brilliant analysis.  Your moods are deciphered by facial recognition software and are a source of revenue for corporate entities as you’re manipulated into doing or thinking something you may not have done, bought or thought otherwise. Then there is “conditioning”.  According to a software engineer “Context aware data allow us to tie together your emotions, your cognitive functions, your vital signs, etcetera.”

One study revealed that Facebook “likes” could accurately estimate personal attributes that people ordinarily think are private such as political views, intelligence, gender,  happiness, and religious views. Children’s toys are not immune from being  monitored . Germany banned the interactive Cayla dolls as an illegal surveillance device and urged parents to destroy them.   “Smart TV’s are also mentioned. “Samsung acknowledges that the voice commands aimed at triggering the TV’s voice-recognition capabilities are sent to a third party…” Voices provide valuable data.

Social credits are used in China.  “The system tracks  “good” and “bad” behavior” across a variety of financial and social activities, automatically assigning punishments and rewards to decisively shape behavior in “building sincerity” in economic, social, and political life. “ The data used to determine the social credits is derived from data sources.  A low social credit score  can prevent a person from buying airline or railroad tickets, buying a house, sending their child to specific schools, or being promoted.

Zuboff is a Harvard Business School Professor Emerita and Faculty Associate at the Berkman Center for Internet and Society at Harvard Law School. Her extraordinary & meticulously researched book includes 127 pages of footnotes. Not a quick read, it’s truly an eye opener and a must read !

“What is at stake is the inward experience from which we form the will to will and the public spaces to act on that will. ” “and our rights as individuals and societies to answer the questions Who knows ? Who decides?” 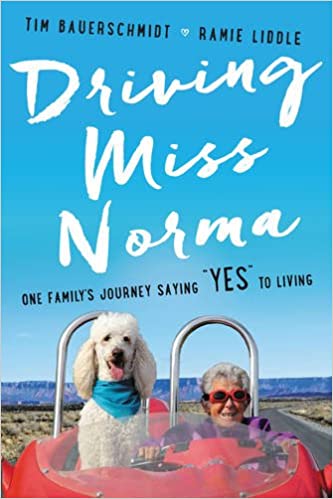 “I’m ninety years old. I’m hitting the road.” An extraordinary recently widowed woman, and a former World War II nurse,  Norma  Bauerschmidt declared to her physician she was not going to pursue radiation, chemotherapy or any related cancer treatment after being diagnosed with cancer. Her son Tim, and daughter in law, Ramie, retired early to follow their dream of living and traveling the U.S. in their RV. When they heard of Norma’s diagnosis they offered her an alternative: why not join them and travel the country in their RV ?  The challenges, fun, and love they shared is chronicled in their heart warming story.

As the road trip progressed, Ramie maintained her Facebook blog as she always did,  and lo and behold, eventually 200,000 viewers became enamored with the threesome’s adventures, designed primarily around Norma’s wishes,  and Tim & Ramie’s suggestions. For instance Norma had always wanted to go hot air ballooning–so they did ! They visited and participated in a Feast Day at Jemez Pueblo in New Mexico and visited many National Parks.  Norma became so popular on Facebook, she was interviewed on the Today Show.  Throughout their trip, they met numerous kind & generous people from all over the U.S., initially strangers, who become dear friends. After a year on the road, and logging 7,000 miles in their 36 ft.  RV, their road trip ended.  It’s a joyful memoir and I promise it will make you smile & laugh. 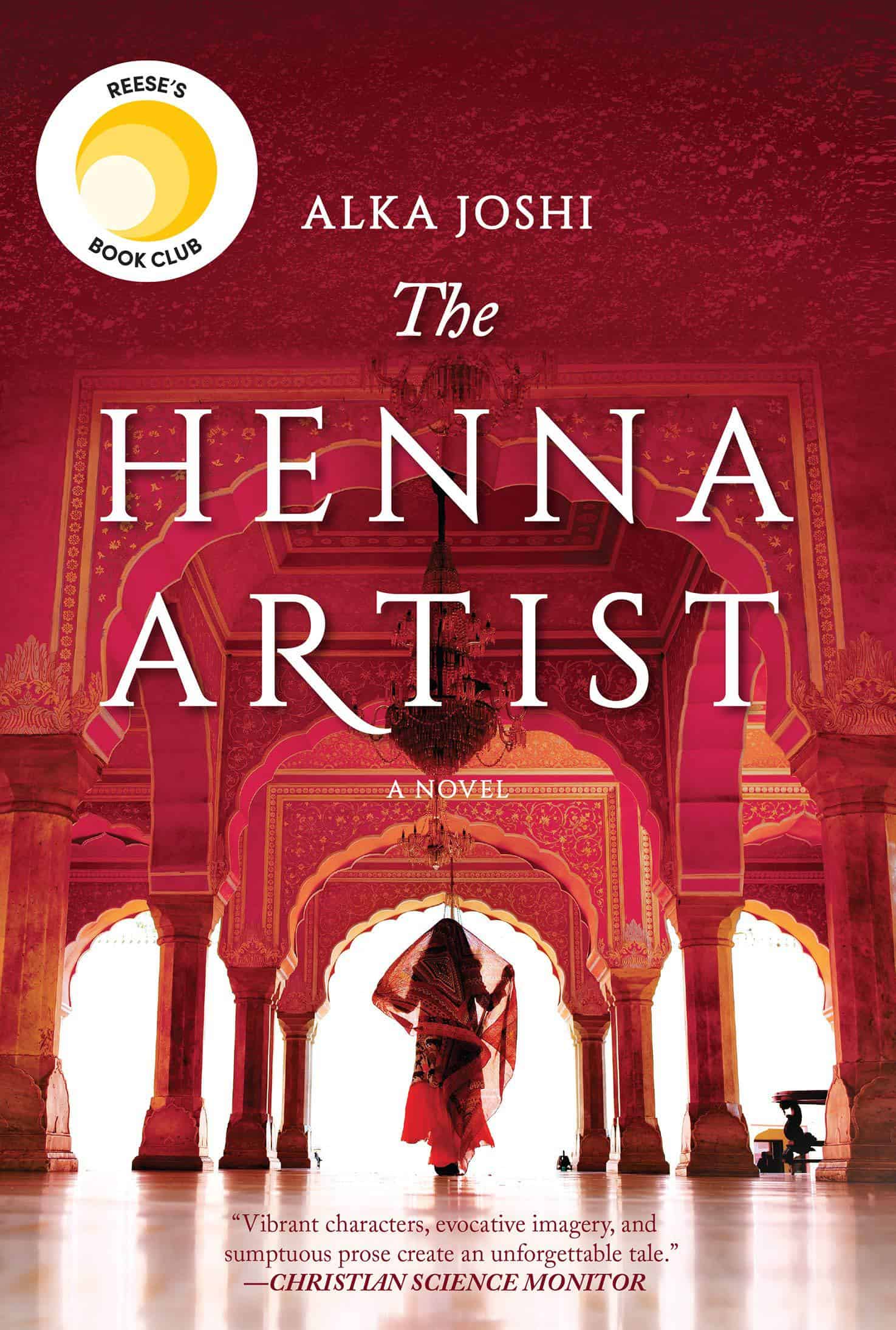 Lakshmi is a popular, creative henna artist, and  a source for medicinal sachets and exotic lotions. She’s an independent spirit who abandoned her abusive husband and moved to another city to avoid gossip. Once relocated she establishes a successful career, becomes a confidante to her rich women clients,  and builds her own “dream” house.  This is no easy feat in a traditional Indian culture that values adherence to established social customs. Any “improper” behavior or straying from customary behavior results in shame and humiliation to both the immediate and extended families.

The story explores several complicated issues which I won’t divulge, since I think it’s best for the reader to discover. India’s caste system still exists today & consists of over 3,000 castes and 25,000 sub-castes. It’s briefly discussed along with details about henna designs and its ancient history. There’s even a recipe to make henna included in the book. I wish photos of the intricate, painstakingly applied designs were also included since they are fabulous to behold. Readers will be pleased with a couple of delicious sounding Indian recipes Joshi has provided. It’s a thoughtful novel of considerable depth & I’m eagerly awaiting her second book.