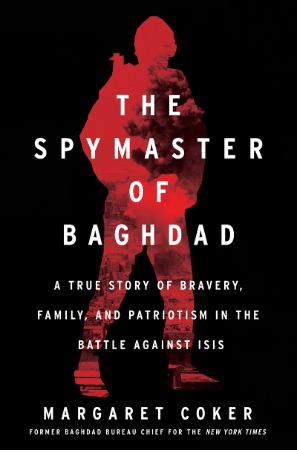 The Spymaster of Baghdad: A True Story of Bravery, Family, and Patriotism in the Battle Against ISIS

“…my aim with this book is to recalibrate Iraq’s history away from one that until now has centered on the American’s sins, suffering, and victories, and to illuminate the admirable role that Iraqis have played and the sacrifices they have made on behalf of their country and the world in the war on terror.”

Margaret Coker, an award-winning investigative journalist, former New York Times bureau chief in Baghdad, and bureau chief in Turkey for the Wall Street Journal, relates the riveting story of Iraq’s spymaster, Abu Ali al-Basri, and his heroic organization, the Falcons, an intelligence unit created by al-Basri to eliminate terrorists within the Islamic State. As the world knows, Islamic State terrorizes anyone not in line with its intolerant mindset. Coker puts faces on the dedicated, self-sacrificing Iraqi people who face torture and probable execution if discovered, and discusses what it’s like to live in a place where continuous chaos and violence is a daily occurrence, and where your life is determined by your family traditions, hierarchies, and the tribe in which you were born.

Abu Ali, the courageous, brilliant “Spymaster,” is of course, the most fascinating person in Coker’s narrative. His life leading up to and how he created the Falcons is absolutely extraordinary.

Coker also focuses on two brothers, Harith, and his younger brother, Munaf, who joins the Falcons and discusses how Harith volunteers to infiltrate the Islamic State and prevents numerous of suicides and other bombings. Munaf becomes an operations officer, running agents, among other clandestine activities. The radicalization of Abrar al-Kubaisi, a young highly-educated Iraqi woman also known as “The Daughter of Iraq,” and how she utilizes her Ph.D. in chemistry against her own country is another gripping part of the book.

These moving and often tragic accounts offer unique insights into the service and sacrifice of patriotic Iraqis attempting to defend their country. Coker’s research included reading interrogation reports and classified reports from Iraqi intelligence and counterterrorism operations. I was glued to my chair and could hardly bear to put this informative and compelling book down. To me, this book clearly bests many fiction spy thrillers! 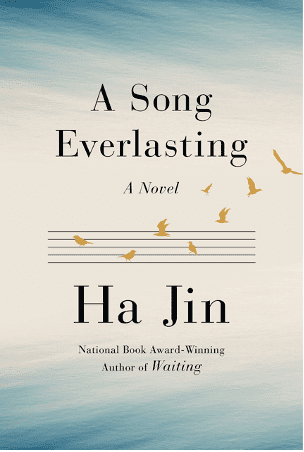 In economical prose, Ha Jin, one of my favorite authors, details the travails of Yao Tian, a well-regarded Chinese singer who disobeys his government to live freely in the U.S.

While on a Chinese cultural exchange singing tour in the U.S., Yao encounters an old friend, Yabin, who had immigrated to the U.S. Yabin suggests meeting later after the performance. After he receives permission from the Director of the State-owned musical troupe, the People’s Ensemble, Yao meets with Yabin who invites him to sing at a performance organized by the Great China Cultural Association to celebrate Taiwan’s National Day. Yabin offers Yao a significant amount of money to sing, and Yao accepts the engagement since the money would help with his daughter’s college tuition. However, the consequences are drastic. The Chinese government informs Yao the sponsors of the event are supporters of Taiwan’s secession. Because he displayed such egregious disobedience to the government, he is suspended from working. They demand he deliver a formal self-criticism and surrender his passport. Yao decides instead to surreptitiously return to New York to freely pursue his singing career and freedom of expression. Yao examines his life in exile, the challenges of being an immigrant, family traditions, and the importance of freedom of conscience and artistic expression. He exclaims, “An effortless life would be a meaningless life.”

Born in China in 1956, Ha Jin, grew up during the Cultural Revolution, and came to America on a university scholarship in 1985. Now a U.S. citizen, he is a professor at Boston University and the recipient of numerous literary awards such as the National Book Award, and PEN/Faulkner Award both for “Waiting,” the PEN/Hemingway Award, the Flannery O’Connor Award for Short Fiction, and the Asian American Literary Award, to name a few. In addition, he also is a biographer, essayist, poet, and the author of many notable novels. 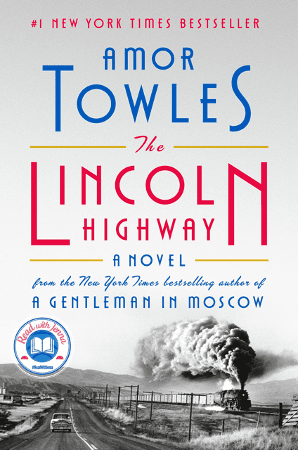 Storyteller extraordinaire, Amor Towles’ enchanting quest story is about two orphaned brothers in Nebraska in 1954. It occurs over a ten-day period and is narrated from several points of view by the brothers and their two companions.

Emmett Watson has been released from a juvenile work farm after serving 15 months for involuntary manslaughter. His parents are dead but his 8-year-old brother, Billy and he are close. Emmett wants them both to pursue a new life together in California.

Unbeknownst to Emmett, Wooley and Duchess—two escapees from the work farm Emmett has just been released from—stow away in the trunk of the warden’s car when he drives Emmett home. What follows is a madcap adventure with colorful, complex characters, nostalgic memories of the 1950’s for readers familiar with that era, excerpts from classics such as The Odyssey and The Count of Monte Cristo regarding bravery and honor, and inspiration from heroes of yore such as Achilles from Homer’s The Illiad and “Daniel Boone exploring the wilds of Kentucky.” As with his previous phenomenal novel The Gentleman from Moscow, this is a rewarding and philosophical read.