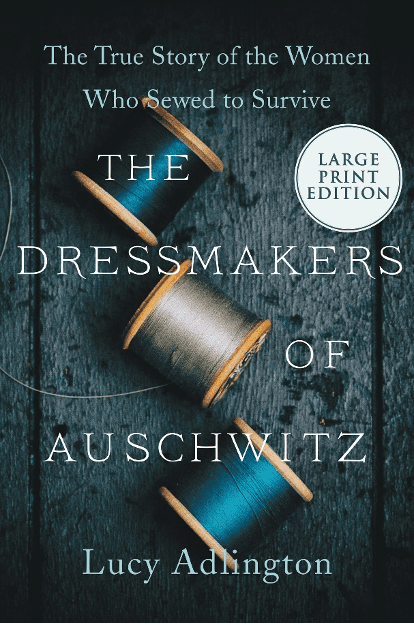 The Dressmakers of Auschwitz: True Story of the Women Who Sewed to Survive

“Thousands of people were forced to work in sewing workshops set up in ghettos and concentration camps during the Second World War. However, this particular workshop was not for making or mending military uniforms. Instead, it was created purely for a vain elite who satisfied their love of fashion in the middle of a hell on Earth…”

During the Holocaust in Germany, Hedwig Höss, the wife of Rudolf Höss, Nazi commandant of the Auschwitz-Birkenau concentration camp, established and ran a fashion salon in the notorious death camp which employed female prisoners. Known as the “Obere Nähstube,” or “upper tailoring studio,” the salon designed and tailored haute couture clothing for the Nazi elite. It was inexplicably housed next to the concentration camp where prisoners were subjected to harrowing abuse and mass murder. Interestingly, the seamstresses who produced the beautiful fashions were despised by these “elite” Germans, yet they were forced to create the beautiful clothing for them.

Twenty-five young prisoners/seamstresses, mostly Jewish girls and young women, hoped to be spared torture and probable death by working in the salon. Some of them aided the underground resistance and provided life-saving medicine to prisoners. Many survived primarily because of their advantageous position as dressmakers for the elite, which entitled them to meager food and clean surroundings, and through their solidarity, faith, and friendship.

The personal stories of these extraordinary women are both heart-breaking and enlightening. I thought this book would be a “lightweight” historical novel. Was I mistaken! It’s a gripping chronicle of a group of courageous, resilient, resourceful women, and the milieu during that time period. I literally could not put my book down once I began reading.

A British historian, Adlington conducted extensive research for her book and states the book is “…not a novelization. The intimate scenes and conversations are based entirely on testimonies, documents, material evidence, and memories recounted to family members or to me directly, backed up by extensive reading and archival exploration.” While writing this incredible book, she was fortunate to interview 98-year-old Mrs. Kohut, the last surviving seamstress, along with many family members of the other seamstresses. 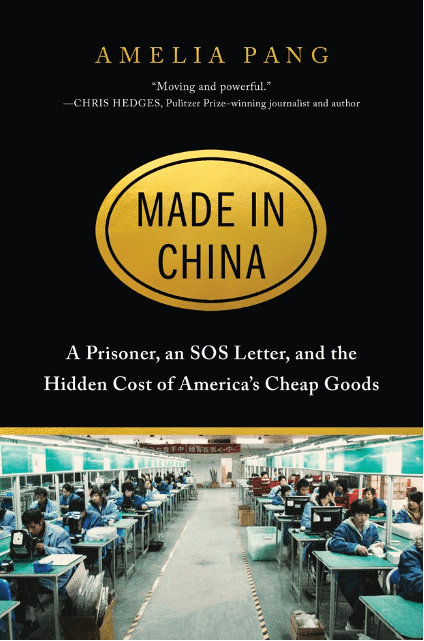 Made in China: A Prisoner, an SOS Letter, and the Hidden Cost of America's Cheap Goods

“In 2012, an Oregon mother named Julie Keith opened up a package of Halloween decorations. The cheap foam headstones had been $5 at Kmart, too good a deal to pass up. But when she opened the box, something fell out that she wasn’t expecting: an SOS letter, handwritten in broken English by the prisoner who’d made and packaged the items.”

Amelia Pang explains what happened after the note Keith discovered was eventually given to U.S. authorities. The narrative primarily recounts the life of Sun Yi, the heroic political prisoner and engineer who wrote the note, and what happened to him during and after his imprisonment in the Chinese gulag. His note included the statement, “People who work here have to work 15 hours a day with out Saturday, Sunday break and any holidays, otherwise, they will suffer torturement.” He was considered a political dissident for performing forbidden meditation practice and campaigning for the freedom to do so.

She describes China’s forced labor system, known as the Laogai system, which contributes to China’s immense economy and how the demands of U.S. customers who want to purchase the cheapest priced products contribute to this unconscionable practice. The Chinese-owned companies compete with other countries’ manufacturers and undercut their competitor’s prices because they use prison labor at low cost to themselves, since they pay no wages. The workers are beaten and/or whipped if they are too slow or make an error.

According to the human rights website regarding the issue: “Originally patterned after the Soviet Gulag, and put it place with Soviet assistance, the Laogai prison system has fostered similar inhumane treatment and been used as a vital tool in suppressing dissent and maintaining Communist Party Power. The Chinese government uses the Laogai to persecute political dissidents and maintain its dictatorship through its network of prisons, factories, and farms designed to reform prisoners through forced labor. Much of the treatment of Laogai prisoners violates internationally accepted norms for detention. They are denied a trial, held on unspecified charges, and serve indefinite sentences.”

China’s surveillance system, such as their use of facial recognition and censored internet, is the most extensive in the world. They possess an artificial intelligence system designed to weed out and arrest “suspicious people,” namely Uyghur Turkic Muslims, dissidents, and religious minorities. Of course, these “suspicious people” are recruited and sent to gulags and tortured—oops, I meant “re-educated”—if they don’t meet expectations.

There are approximately, “1,000 labor camp facilities in China incarcerating millions of prisoners. Along with forced labor abuses, it is believed that China executes thousands of prisoners each year and there have also been widespread allegations of organ harvesting.  Forced mass organ harvesting and selling prisoners of conscience’s organs worldwide is the main source of organ harvesting in China according to the human rights organization China Tribunal in London. It’s chaired by Geoffrey Nice, formerly lead prosecutor in the war crimes trial of the former President of Serbia at The Hague.”

“Made in China” would be a stimulating choice to discuss in book groups, because of its human rights issues and how they affect us globally. 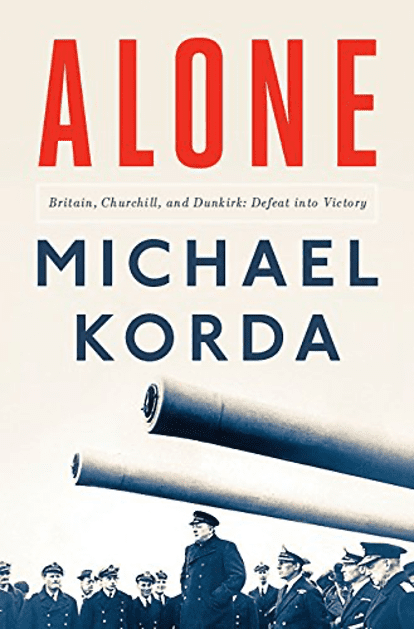 Masterfully written, this BBC History Best Book of 2017 chronicles how the British changed the course of WWII from potential imminent defeat by the Nazi Blitzkrieg, to victory in 1941. France was on the brink of defeat, while Belgium and Holland had already been defeated. The British, who were forced to retreat to Dunkirk, were isolated, and faced a massacre by the Nazi military.

In May, Churchill fortunately replaced Neville Chamberlain as Prime Minister. Britain was the only country left to defend itself against an invasion by the German troops. Churchill’s brilliant plan rescued 300,000 men from Dunkirk’s beaches via fishing boats, privately-owned yachts, rowboats, and barges—any boat that could float! “The Miracle of Dunkirk” was a creative and zany idea that proved amazingly successful and saved Britain from being conquered.

Intriguing perspectives and stories regarding Hitler, Chamberlain, Churchill, and other both ordinary and significant people, create a compelling account of the Battle of Dunkirk, and provide insight into that time period. Korda writes about what led up to the battle, and how the Nazi regime was defeated. His personal stories greatly enrich the narrative.

Korda was one of the children evacuated during “Operation Pied Piper,” the forced evacuation of British children from their homes in the cities to rural areas, and even to Canada. He was six years old at the time, and he provides enlightening viewpoints about the War.

His family’s heritage is Hungarian, and he discusses their colorful, glamorous life, and how they evacuated from London. Korda’s father was a well-regarded art director in the film industry, his mother an actress, his uncle, Sir Alexander Korda, a legendary movie director and movie studio mogul, while his aunt was the famous actress, Merle Oberon.

Author of “Hero: The Life and Legend of Lawrence of Arabia,” “Charmed Lives,” “Ike: An American Hero,” and former editor-in-chief of Simon & Schuster, Korda was awarded the Order of Merit of the Republic of Hungary for his participation in the Hungarian Revolution of 1956.