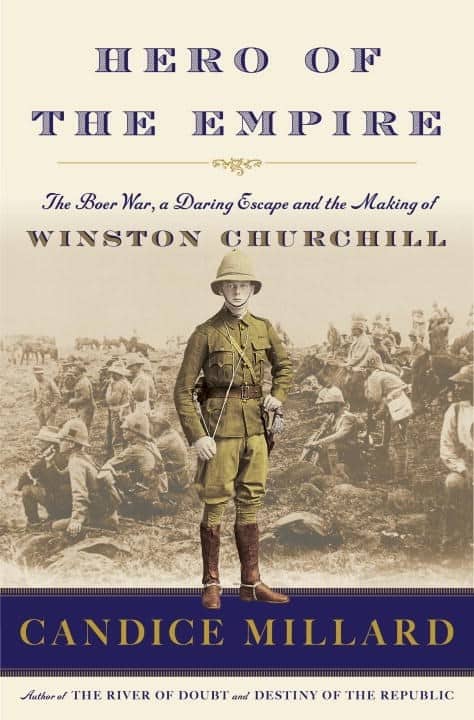 Hero of the Empire: The Boer War, a Daring Escape, and the Making of Winston Churchill

Millard’s singular combination of history, adventure, and detailed research consistently deliver remarkable biographies. Hero of the Empire is no exception. Although it focuses on legendary Winston Churchill’s experiences during the Bower War  (1899-1902)  and his early career , Nelson Mandela,  Mahatma Gandhi, apartheid and its origin, are all discussed. Prior to reading this  illuminating biography, I was unfamiliar with the details of South Africa’s history, especially apartheid. For example, universal suffrage for everyone did not occur until 1994.

Through good fortune, Churchill was born into an influential family of the highest class of British aristocracy.  He was endearing, tenacious, colorful, impulsive, and convinced he was destined for something monumental.  A man of many talents, he’d been a war correspondent,  fought in India, Egypt, and Afghanistan, spent six months in trench warfare, escaped from a South African prison,  and went on to be British Prime Minister. 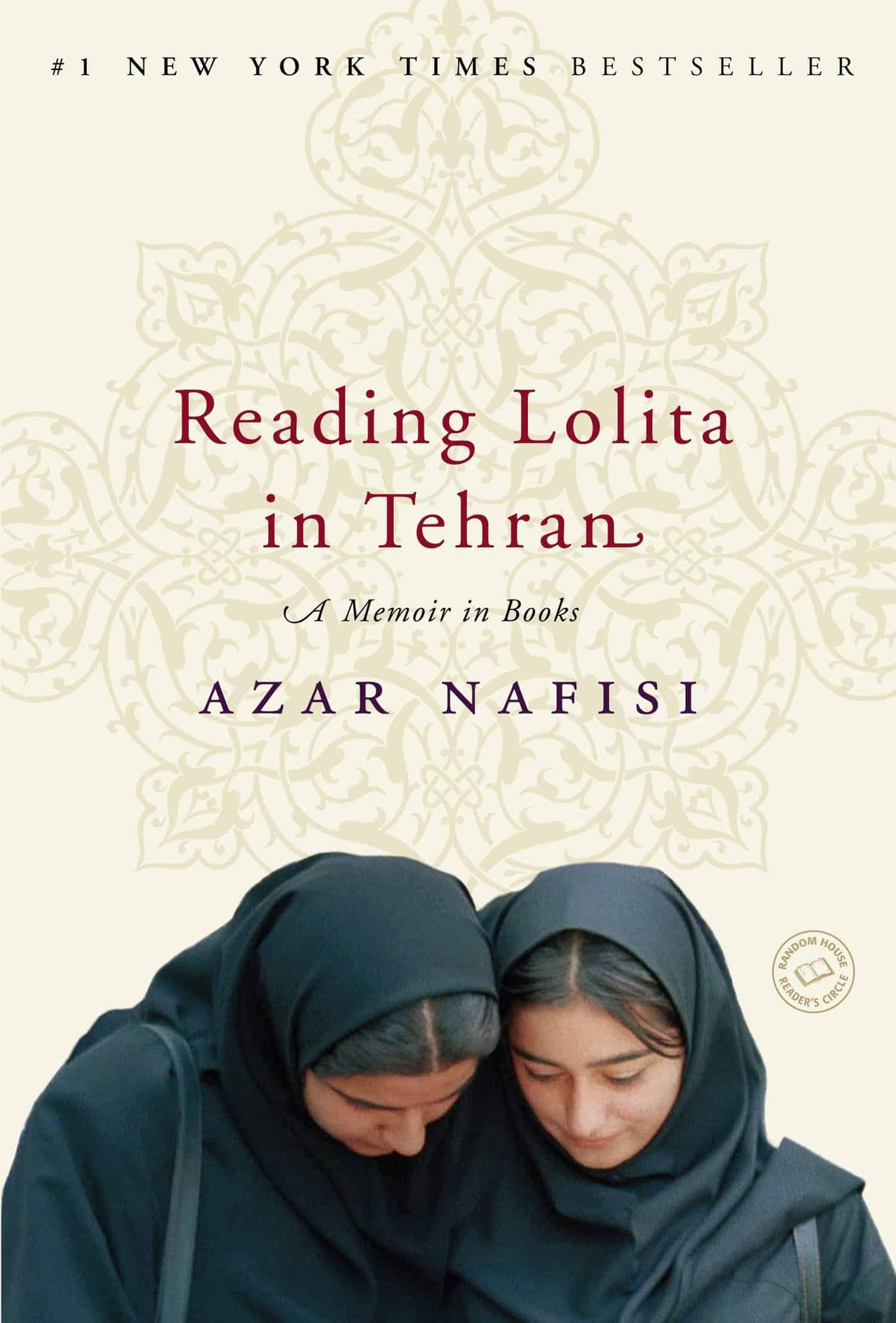 Reading Lolita in Tehran : A Memoir in Books

The Islamic Republic totalitarian regime rose to power in Iran in 1979. It enforced Sharia law: wife-chastisement for disobedience, polygamy, lowering the legal age of marriage for women to nine years old, wearing the veil and head coverings for women, while the full veil (the hijab) for women was encouraged. The “moral police,” a group of usually male enforcers, was created. They had the power to arrest women whose hair accidentally showed through their head scarf, laughed or spoke in  loud voices, whose nails were considered to be too long or painted, wore  make-up or  brightly colored clothing, were in the company of a non-relative male, or for any arbitrary behavior they deemed “immodest.”

In 1995, English literature professor Azar Nafisi, led a secret literature group in her home for seven young women, all her former students. They read and analyzed censored Western classical literature such as  F. Scott Fitzgerald’s The Great Gatsby and Jane Austen’s Pride and Prejudice. Their favorite novel, the one which spoke to them, was Lolita by the acclaimed Vladimir Nabokov, because they identified with Lolita. Dolores Haze is victimized, powerless, and forced to lose her identity by her egotistical tormentor, Humbert, who renames her Lolita. Humbert is a tyrant who intimidates and objectifies her, turning her into a non-person—a caricature.

The group also discussed their personal lives, hopes and dreams for the future. Nafisi’s memoir recounts her life while living in Iran under the repressive  Islamic regime and its draconian laws and how literature saved her by transporting her from her current milieu to other worlds and possibilities, escaping the restrictive daily reality and ubiquitous fear.

Not only a moving memoir, she discusses some of her favorite classics, why they are so important to her, and which ones she selected to inspire and enlighten her reading group. When I read a literary novel, I want to feel I’ve learned or grown or been moved in some way. Reading classic literature builds our knowledge of the world and informs us to think critically–to think for ourselves.  We readers can develop a richer inner life by becoming more reflective and contemplative. Challenging books provide insight into lives different from ours, different cultures, different ideas, and different perspectives, although we may not agree with them. They can transcend our daily life and transform us. For instance , our understanding of Spain under Generalissimo Francisco Franco’s repressive thirty-six year dictatorship is enhanced after reading literature written during or related to that era. 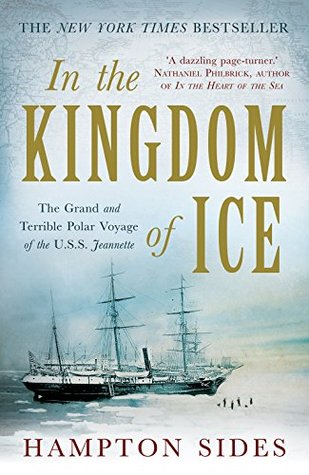 In the Kingdom of Ice

This extraordinary true story recounts the 1879 voyage of the USS Jeannette and her crew. Their goal was to be the first nation to reach and explore the North Pole. The New York Herald, owner and publisher James Gordon Bennett, Jr., insured the ship was outfitted in the era’s state of the arts technology. However, despite the ship being well constructed,  it was caught in an Arctic ice pack near Wrangel Island. For two years the ship was trapped within the ice pack while it drifted, unable to break free. The crew’s  heroic attempts at survival and their valor are highlighted, along with the courageous leadership of  Commanding Naval Officer George Washington De Long. De Long was thrilled to be a part of the expedition, since he had visited the Arctic previously and was entranced with its landscape and the dazzling displays of the aurora borealis.

The author conducted painstaking research including traveling to remote areas of the Arctic , Siberia,  and Russia’s Lena delta, one of the most inaccessible places on the planet to find the Jeannette Memorial. He also was fortunate to have access to Emma De Long’s , (George’s widow) personal correspondence, and the USS Jeannette ‘s primary  documents housed at the National Archives in Washington.  I hope I’ve motivated you, dear reader, to read this compelling chronicle of adventure and  fortitude.