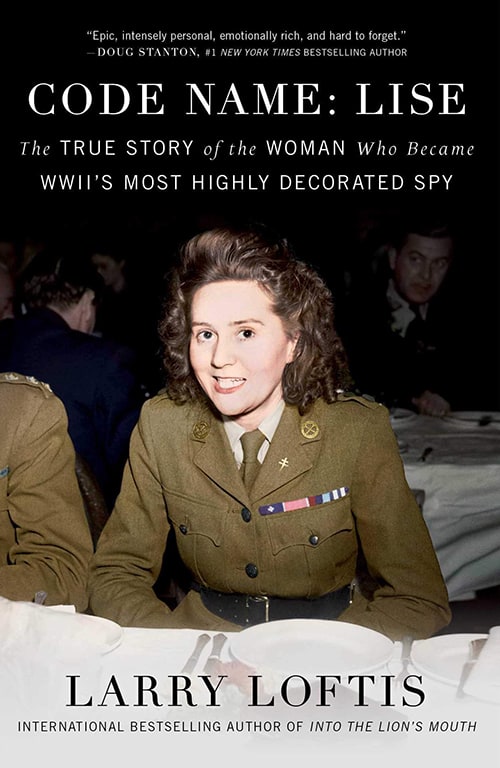 Odette Sansom was “the most decorated woman of World War II—a member of the Order of the British Empire, a Chevalier de la Légion d’honneur, and the first woman awarded the George Cross, an award for “acts of the greatest heroism.” Loftis’s rigorously researched account of this incredibly courageous heroine is almost beyond belief. She was born in France, but married an Englishman and lived in Great Britain with their three children. Determined to “do her duty” for the war effort and her country, she joined Great Britain’s Special Operations Executive (SOE) during WWII. They were looking for people who could pass for locals in German controlled France. The legendary organization she joined was known as the Baker Street Irregulars, due to the location of its London headquarters, also known as “The Ministry of Ungentlemanly Warfare” and “Churchill’s Secret Army”, created by Winston Churchill to perform espionage in France during World War II. Samson was tough—she’d suffered from polio as a child which left her blind for three years. She signed up for the war fully aware that one in two agents were eventually arrested and imprisoned. Loftis fortunately does not detail the harrowing experiences she underwent at the prisons where she was held. When she was finally liberated from the last prison, Ravensbrück Concentration Camp, she was almost dead. Despite suffering poor health as a consequence of the brutal treatment she underwent at the prisons, she proceeded to testify at the war trials after the war, and married one of her colleagues. This is a compelling story, with all the intrigue and suspense of a thriller. 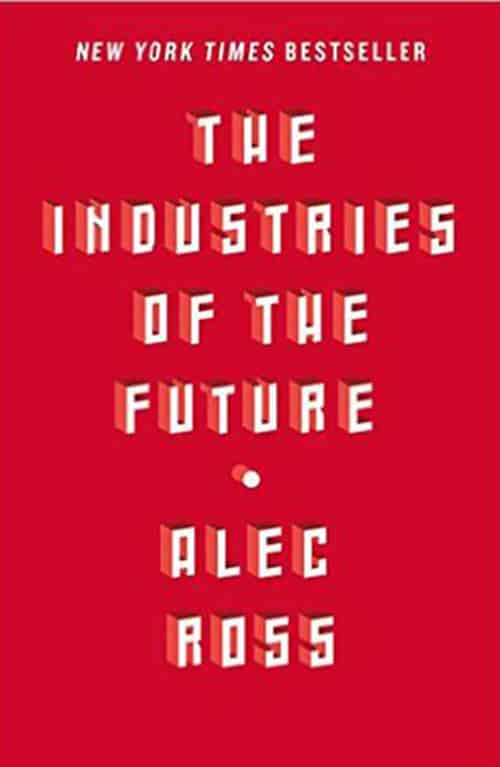 The Industries of the Future

“The Industries of the Future” is a fascinating look at emerging technologies and how they will shape our futures. Ross examines the exciting innovations in cryptocurrency, coding, data science. robotics, genetics — particularly the human genome, and cyber security to combat cyber attacks. Robots will give humans the opportunity to be more productive. They already act as caregivers to the elderly in Japan. Manual laborers and unskilled workers will be adversely affected by the strides in technology in artificial intelligence (AI) and robotics. These challenges will have to be addressed. Ross states code will replace money and even physical weapons with cryptocurrency and cryptographic weaponry. Big data will become obsolete since algorithms will analyze data and determine which results are favored and which are suppressed, and therefore will have a profound effect on what information people have access to — or don’t. Human judgment will be replaced by algorithms. They may also create unconscious biases, however, and we will need to “stop blindly accepting algorithms.” “Most people think that algorithms are built by divine beings — they aren’t,” Ross said. “They’re built by human beings and as such they reflect the fallibility of human beings.” He also states that future advances in the biological sciences will greatly extend the average human life expectancy. Globalization’s impact on the economy and society is delved into, along with Ross’s urging that our children must be prepared for a very competitive world. 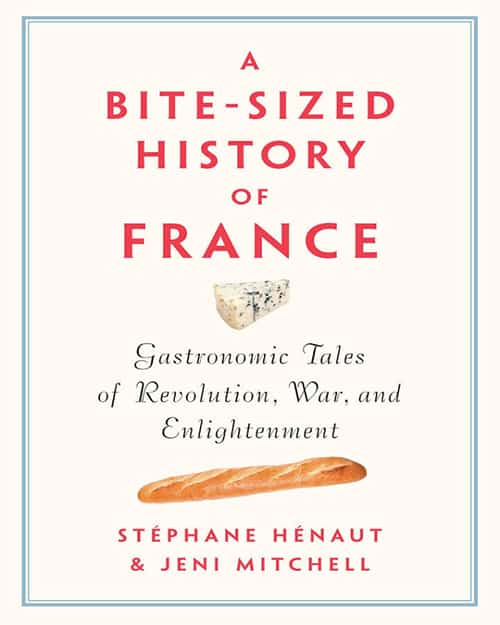 A Bite-Sized History of France: Gastronomic Tales of Revolution, War, and Enlightenment

by Stephane Henault and Jeni Mitchell

This witty historical narrative celebrates French cuisine and examines the origins of iconic foods such as cassoulet, Camembert cheese, Calvados and chocolate. The origin of chocolate dates back to pre-Columbian Mayan culture. The book also discusses historical events related to the foods. The relationship between French culture and food is fascinating! It begins with the Gauls, chronicles myriad invasions, battles, and conquests, the French Revolution, relates Louis Pasteur’s role in rescuing the wine industry, and many other intriguing tidbits. It concludes with the popularity of McDonald’s. The French McDo as it’s fondly called, is quite different from the U.S. model. The menu includes croissants, baguettes, and Roquefort burgers. Only grass-fed beef is allowed to be served.

Many of the iconic French foods have roots in other countries. They were brought to France via migration, conquests, and colonization, and many have been adapted to French tastes. Returning Crusaders brought plums, the Turks introduced coffee, while chocolate was brought from Mexico. The Austrians introduced the croissant and the Italian noblewoman who became Queen of France, Catherine de Medici, brought artichokes and sorbet.

Each enchanting chapter explores a specific food along with it’s history. The “Curse of the Green Fairy” chapter discusses the French temperance movement and how the French dealt with it. At the same time, vineyards were devastated from infestations of plant lice called, phylloxera. It nearly decimated their vineyards. and French wine production fell from a high 84. 5 million hectoliters in 1875 to 23.4 million in 1889. The French resorted to drinking imported wine and absinthe as a result of both the wine shortage and the temperance movement. Absinthe, known as “the green fairy” with its high 70 % alcohol content became extremely popular. Cocktail hour was renamed “the green hour” because absinthe is green. Another chapter discusses Kir, the classic aperitif, produced from blackberries, named after a beloved resistance hero and Catholic priest, Felix Kir. Then there’s the illuminating chapter on the “Devil’s Wine”, champagne.

I wish history class had been as fun as reading this entertaining book! Take a journey through the ages in France. But beware, don’t be hungry when you read it. Not just for foodies and history buffs, it appeals to all manner of readers.