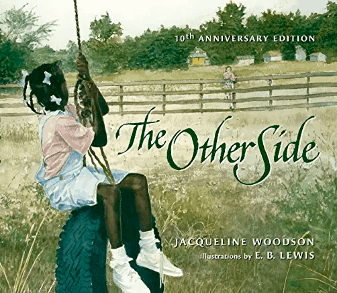 As you may be aware, Placitas Community Library Adult Programs is offering “Placitas Reads” which, in a sense, is a book club for our entire Placitas community.  The theme is “Color, Caste and Class: The ‘Other’ Social Distancing.”

The children’s program would like to work off of this theme by creating a book list for all ages which addresses the importance of looking beyond our differences and creating bonds with one another regardless of race and class.  Some of the titles address the historical events in a fictional setting which have led to the inequalities and prejudices we see today.  Others approach the topics of race and prejudice through stories that have contemporary settings.

An attempt has been made to include books which deal with characters of a variety of backgrounds, nationalities and races. The following list includes only a small selection of the books which are available in our library which touch on this theme. It is hoped that these books will provide a spring board for family discussions on our country’s historical background, as well as a means to reach an appreciation and understanding of all people as we continue to confront this “other” social distance.

The Other Side, by Jacqueline Woodson

My Name is Bilal by Asma Mobin-Uddin, MD

Desmond and the Very Mean Word, by Desmond Tutu

The Name Jar by Yangsook Choi

When We Were Alone by David Robertson 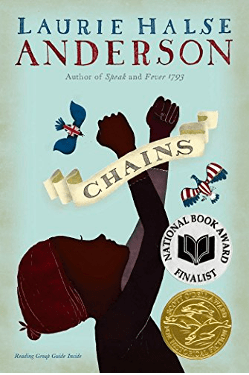 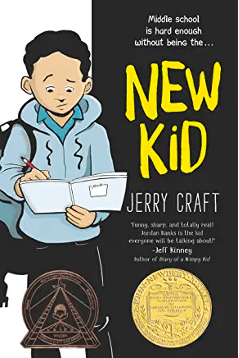 For older children, we decided to select two “primary” books, just as the adult Placitas Reads has a primary book, which provides an impetus for discussion on the Placitas Reads topic.  Other listed books offer alternatives or topical additions.

This is a series of historical fiction which is narrated by Isabel, a 13-year-old slave who, along with her younger sister, has been purchased by a Loyalist family in 1776.  The Revolutionary War has just begun and freedom is on the tip of all Patriots’ tongues.  Isabel’s encounter with Curzon, a slave who supports the Patriot cause, adds additional dangers to her present situation in encouraging her to spy on her owners.  Experiences of separation, fighting and survival are all part of Isabel’s tale. The harrowing realities of slave life along with the paradoxes of a war fought for freedom, but freedom for only a segment of society, is intertwined in this gripping and moving series. These excellently crafted books provide young readers with significant historical background important for understanding contemporary conditions in our country.

This first graphic novel to be awarded the Newbery Medal centers on the plight of 7th grader, Jordan, a budding artist who had hoped to attend art school.  However, his parents have enrolled him in a private school notable for its academics.  As one of only a few students of color, Jordan encounters tensions that comes with encountering prejudices along with preconceived notions held by many in the mostly white and affluent student body.  Jordan finds he must navigate between two cultures – that of his new school along with that of his neighborhood.  New Kid is a thought-provoking book which can engender family discussions on the issues of race and class.

Other titles worth reading: 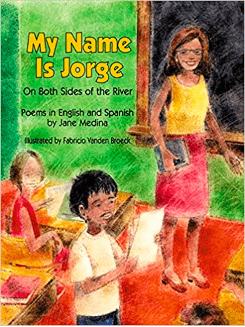 There is only one caste, the caste of humanity.