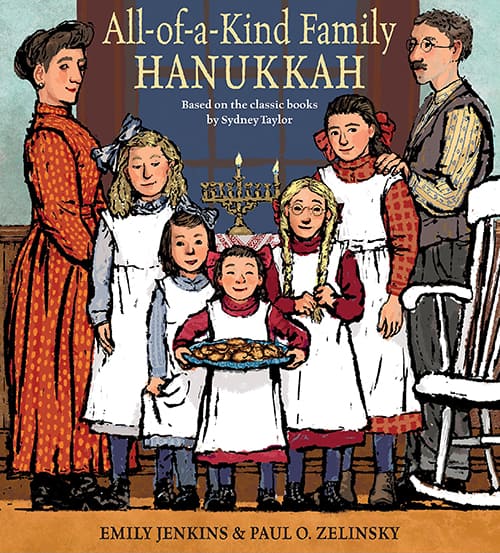 Based on the classic books by Sydney Taylor, written by Emily Jenkins, illustrated by Paul O. Zelinsky

Emily Jenkins writes that she grew up with the All-of-a Kind Family series of books by Sydney Taylor (1904-1978), rereading them many times. These were the first books about Jewish children that were read by children of other faiths. They also were a literary series in which Jewish children could see themselves reflected. Now Jenkins has passed on her love of this children’s series to her own children. Wishing to honor All-of-a-Kind Family as well as her own Jewish heritage, Jenkins decided to embed her story in the traditions of Hanukkah.

The book is set in New York’s Lower East Side in 1912. It centers on Gertie, the youngest of the five sisters, on the first night of Hanukkah. Not only will the family light the first candle on their menorah but also latkes will be served at dinner. Gertie’s older sisters and Mama are busy preparing this traditional food but there is no task for a young 4 year old with sharp knives, graters and sputtering hot oil all about. Frustrated that she cannot help, Gertie eventually has a meltdown. Her tantrum results in her mother banishing her to the bedroom. Feeling despondent and alone, it is not until Papa rescues her with understanding and humor, that Gertie’s day takes a positive turn. The evening ends with Gertie being given an honored role, followed by the savory taste of latkes and the feel of the loving bonds of her “All-of-a-Kind Family.” 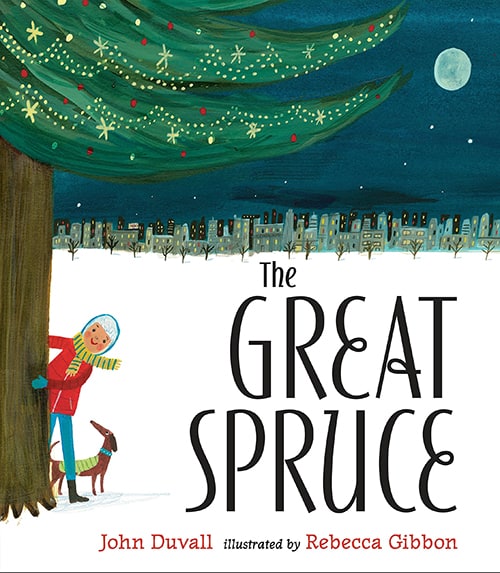 Alec is a boy who loves to climb trees, but his favorite is the grand spruce which his grandpa transplanted many years ago from the forest to a sunny spot near the family home. From its heights Alec could gaze on the world about him. Each winter he and his grandpa decked the tree out with sparkly decorations – a “Christmas tree lighthouse.” But one year his family is asked if they would like to have their magnificent tree taken down to be a part of the city’s Christmas celebration. When Alec realizes his tree will be gone forever, he determinedly puts a stop to it and suggests they could borrow the spruce by digging it up as his grandfather did many years ago. And so the steps involved in safely moving the great spruce are illustrated. Alec and his grandpa then proudly accompany their tree on the journey to the city square by truck, barge and sleigh. Before leaving the tree lighting celebration, Alec gives a young girl one of the tree’s pinecones containing seeds in hopes that the circle of life continues. And, of course, the “Great Spruce” returns to its family home. 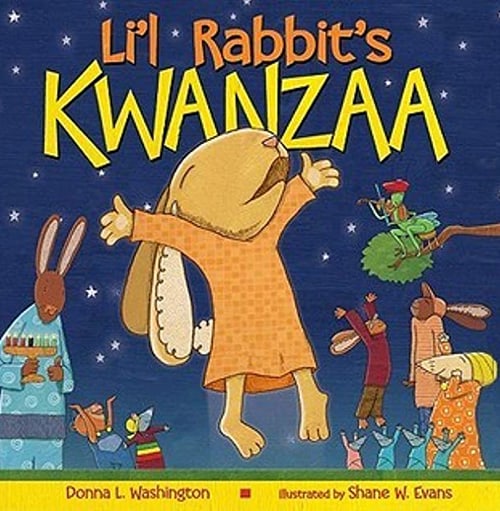 The Seven Principles of Kwanzaa are beautifully represented in this folk-like tale of Li’l Rabbit and his quest to bring his sick Granna Rabbit a special treat for Karamu, the feast of Kwanzaa, which takes place on the sixth night of the seven-day celebration.

Li’l Rabbit visits all his animal friends of the forest, sharing with them his wish to find a treat for his Granna’s Karamu.  As he does, each of the animals recalls a particular memory that illustrates Granna’s thoughtfulness and generosity.  Returning home, Lil’ Rabbit is despondent for he has nothing in hand to bring to his Granna.  However, a surprise awaits him on his return and his Granna helps him see that his dream and quest created a miracle of togetherness.  This delightfully illustrated book ends with a two-page spread that lists the Seven Principles of Kwanzaa and explains how the animals – together or individually – demonstrated these principles. 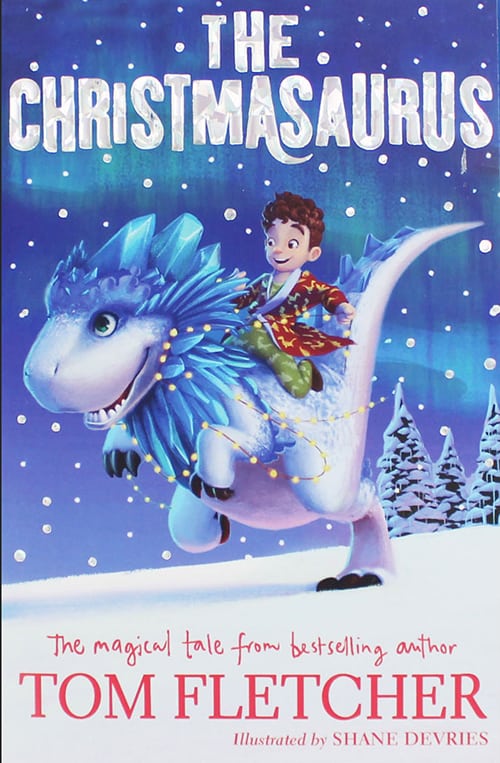 The Christmasaurus, in spite of a slow start, will eventually capture the imagination of most middle grade children.  William, though confined to a wheelchair, is a typical 10 year old from his love of dinosaurs to his propensity for forgetting his homework! The excitement begins when William’s letter to Santa results in a mix-up that finds a live baby dinosaur left under William’s Christmas tree.  Though they become fast friends, William feels he must return Christmasaurus to the North Pole and so he embarks on an adventurous journey with twists and turns, including pursuit by an evil hunter of rare animals.  The magic of believing brings the story to a satisfying conclusion.  Devries’ black and white illustrations successfully add to the action and humor.