WHAT PRICE A HUMAN: INDIAN CAPTIVES IN NM 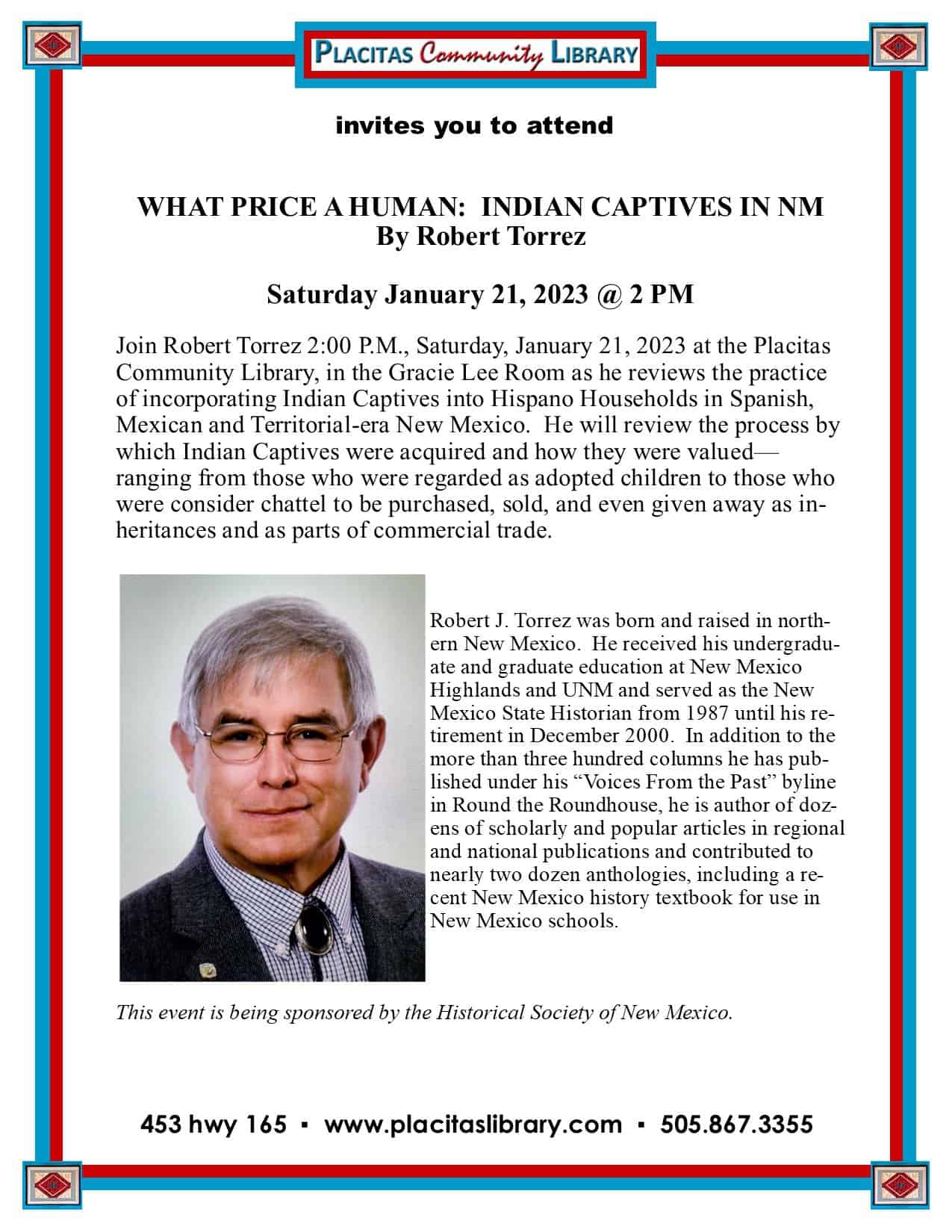 Mr. Robert J. Torrez will share his knowledge of the practice of incorporating Indian Captives into Hispano households in Spanish, Mexican and Territorial-era New Mexico.  He will review the process by which Indian Captives were acquired and how they were valued—ranging from those who were regarded as adopted children to those who were consider chattel to be purchased, sold, and even given away as inheritances and as parts of commercial trade. Yes, some Native people were treated as slaves here in New Mexico.