With curbside pickup now being available at the Placitas Library, I would like to focus on the many new books that have been added to the children’s collection during our closure.  Since you can’t browse our new book displays in the library, I thought it might be helpful to focus on several of our new additions. 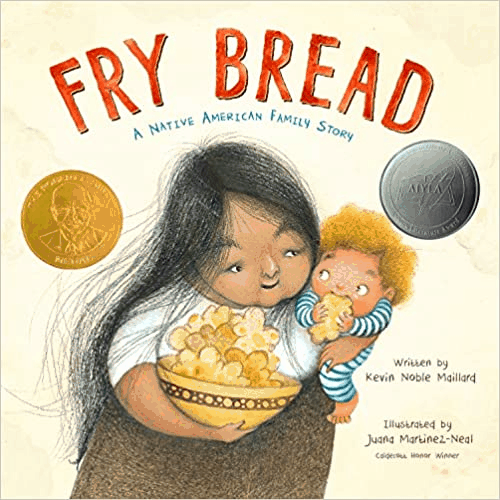 Every year the American Library Association selects a variety of children’s books for specific awards.  We now have many of the 2020 award books in our collection.  A few are highlighted below.

(Most outstanding contribution to children’s literature)

New Kid is the first graphic novel to receive the Newbery Medal. It tells the story of a 7th grade African American boy and his struggles and adjustments as he copes with unfamiliar realities at his new private school whose student body is predominantly wealthy and white.

The Undefeated is a poetic tribute to The Black American experience.  It highlights achievements of black writers, musicians, athletes and heroes set in the historical context of slavery and the civil rights movement through to the present.

Sal and Gabi Break the Universe is a blend of science fiction and fantasy that centers on two disparate heroes who tackle life in mid-school with humor and zaniness.

(Most distinguished informational book for children)

The winner plus two honor books are on order but a third honor book, The Book Hog, is now in our collection.

The Book Hog celebrates books and librarians through an amusing hog who collects books, loving their feel, their smell, their appearance.  And then he meets a librarian who introduces to him the magic that books truly hold. 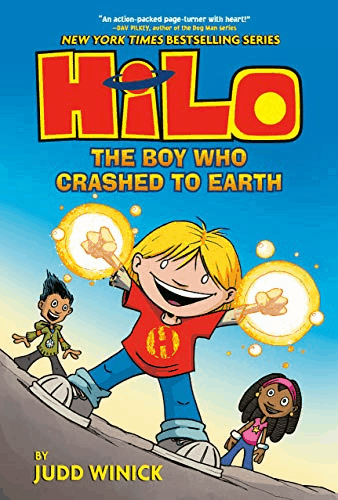 Because of the popularity of graphic novels for all ages, I have continued to add more children’s books of this format.  Below are a few of our most recent acquisitions.   (Hint:  Check out the moving banner of books atop the Placitas Library’s catalog page – these are the most recent books, both children and adult, that have been added to our collection.)

Alexander Hamilton: The Graphic History of an American Founding Father

Stargazing, by Jen Wang – An inspiring tale of friendship expressed through sensitivity and humor

Cleopatra in Space – Target Practice by Mike Malhack – The feisty Egyptian princess is the star of this futuristic adventure.

Hilo: The Boy who Crashed to Earth and Hilo: Saving the Whole Wide World by Judd Winick – The first two books of a six-book series in which Hilo, a robot boy from outer space who crashes to Earth, becomes best friends with DJ and Gina and embarks on a series of cliffhanging, rollicking adventures.

Jedi Academy, Jedi Academy-Return of the Padawan and Jedi Academy-The Phantom Bully by Jeffrey Brown – Using a combination of journal entries, comics, letters, etc., Brown tells the story of Roan, as he navigates his days in this unusual boarding school. Humor and fun are paramount in the narrative along with an eye to the common experiences and feelings of any new student.